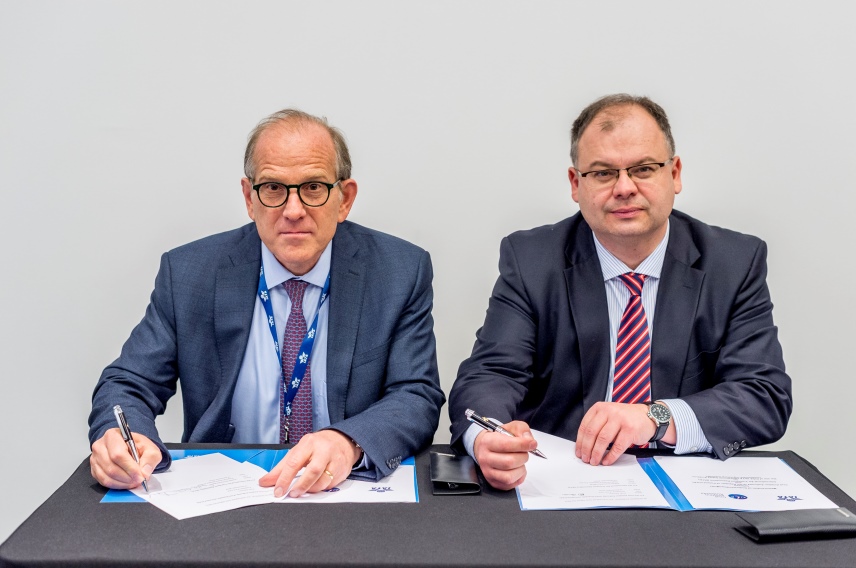 IATA and the Civil Aviation Authority of the Republic of Poland have signed a Memorandum of Understanding (MoU) on the use of the IATA Operational Safety Audit (IOSA) to complement safety regulatory oversight in the country.

IOSA was developed in 2003 and successful completion of the audit has been compulsory for all IATA members for more than a decade. Over this time, the value of IOSA has proven itself so much that around 140 of 432 airlines on the IOSA Registry are non-IATA members. The all-accident rate for IOSA carriers is between two and three times better than non-IOSA carriers. It is this record of performance that has encouraged several national regulators to implement IOSA precepts into their safety oversight, with CAA Republic of Poland becoming the latest in Europe to do so.

The MoU, signed at the Wings of Change Europe event in November, establishes mutually agreed conditions, mechanisms and procedures necessary to effectively incorporate IOSA into safety oversight processes. A coordination group will be established with IATA and CAA members, and the scope of the cooperation includes the sharing of IOSA reports with the CAA, while the CAA will investigate ways to harmonize the oversight process with IOSA, to reduce overlapping.

“Aviation is the safest form of transport and airlines always put safety as their number one priority. IOSA has undoubtedly helped increase safety standards for airlines the world over, and is being increasingly recognized by regulators as part of their oversight regimes. We thank CAA Republic of Poland for the trust placed in the IOSA initiative and for their commitment to working with us for an ever-safer air transport network,” said Rafael Schvartzman, IATA’s Regional Vice President for Europe.