For the first time since 2019, the IATA Cargo Claims and Loss Prevention is meeting face-to-face again! This 18th edition is putting together experienced professionals to provide insights on claims and loss prevention practices around the world. This event will be the long-waited occasion to take stock of the changes that have occurred over the last three years, in national courts as well as in airlines’ operations. The CCLP is once again your best opportunity to meet the most relevant practitioners in an interactive and friendly environment.

Why should you attend?

Who will you meet?

Find out what happened at the Cargo Events 2019 in Amsterdam, Netherlands

"The IATA Cargo Conference allowed me to build quality relationships with many different business partners and fellow airlines within the cargo community. Our engaged forums created healthy debate and discussion for best practices and proactive solutions when handling precious cargo!" 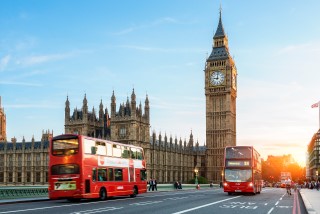 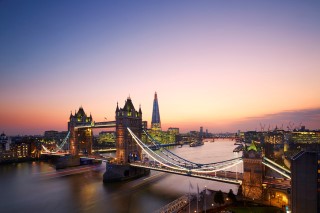 London is an extraordinary world city offering 2,000 years of history, but still desiring to evolve; with many regenerated business districts and venues being developed across the City, breathing new life into areas as yet undiscovered by many visitors.
London, as one of the world's global cities, exerts a strong influence on its arts, commerce, education, entertainment, fashion, finance, health care, media, tourism,and communications.

As a center for global business, London is also one of the most connected cities in the world with more international airline connections than any other city in Europe – serviced by 6 international airports circling the city and offering an unparalleled choice of airlines and routes.
London Heathrow connects to over 400 direct destinations, with around 1,300 daily takeoffs and landings between its 2 runways.

As one of the world’s most visited cities, there is always something new, something to inspire and experience.
London has the knowledge, media reach, creativity, and expertise to guarantee the IATA World Cargo Symposium would be a resounding success.

ExCeL London (an abbreviation for Exhibition Centre London) was established in the Royal Docks area of Newham, East London.
Since opening his doors more than 20 years ago, it has firmly established itself as one of the UK's leading international exhibition and conference centres.

Find out more about the Sponsorship Opportunity (pdf).

The conference put together experienced practitioners who provided insights on claims and loss prevention practices around the world.

IATA believes that diversity of culture, gender, age, orientation and experience boosts the success of the aviation industry. We actively encourage aviation professionals with diverse profiles to contribute to our events as speakers, panelists, facilitators, or in any other way.

Thank you to our Sponsors