Cape Town - The International Air Transport Association (IATA) announced that Richard H. Anderson, CEO of Delta Air Lines, has assumed his duties as Chairman of the IATA Board of Governors.

Anderson succeeds Alan Joyce, CEO and Managing Director of Qantas Airways, whose one-year term expired at the conclusion of the Association’s 69th Annual General Meeting (AGM) and World Air Transport Summit in Cape Town. Anderson’s appointment is effective immediately and is for one year, ending with the conclusion of IATA’s 70th AGM in Doha, Qatar.

Anderson has spent more than 25 years in aviation. He was named Delta CEO in 2007 when he joined the airline from UnitedHealth Group. He began his aviation career in 1987 at Continental Airlines. In 1990, he started a 14-year career at Northwest Airlines, where he served as CEO from 2001 to 2004.

“The airline industry needs a strong voice to address the challenges that we face. Under the leadership of Director General and CEO Tony Tyler, IATA has that voice. As I take on the Chairmanship of the IATA Board of Governors, I look forward to working closely with Tony, with colleagues across our industry and with governments to promote the cause of aviation—the vitality of which is essential to the success of global trade and economic growth,” said Anderson.

“We are grateful for Alan’s strong leadership which guided us through a challenging year even as his own airline embarked on a major new business strategy and partnership. Europe’s plan to impose its Emissions Trading Scheme on international aviation dominated aero-political discussions. Alan’s leadership helped to broker an historic agreement among airlines on sharing the burden for Carbon Neutral Growth. We embarked on developing standards for a New Distribution Capability. And there was no let-up in the pressure on the aviation industry from weak economic performance in the Eurozone and high oil prices,” said Tyler.

“Alan is succeeded by an equally strong and experienced leader in Richard Anderson. The IATA Board of Governors will benefit from Richard’s enthusiasm and many years of industry know-how. At the top of the year’s agenda is the environment. We must use the strength of our united industry position on the environment to help governments reach a global agreement on market-based measures at the International Civil Aviation Organization (ICAO) Assembly later this year. In addition, we have staked out ambitious targets to improve safety in Africa and we will continue to move forward on a New Distribution Capability to give air travel consumers the ability to shop with confidence in all airline sales channels,” said Tyler.

The IATA Board of Governors consists of top executives from 31 airlines with representation from all regions.

IATA also announced that the Board of Governors appointed Air Canada President and CEO Calin Rovinescu to serve as Chairman from June 2014 following Anderson’s term. 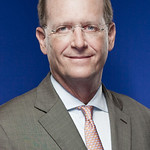