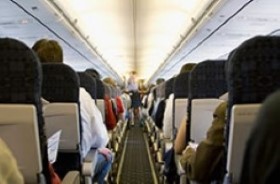 Geneva - The International Air Transport Association (IATA) announced a moderate rebound in air travel in September 2021 compared to August’s performance. This was driven by recovery in domestic markets, in particular China, where some travel curbs were lifted following the COVID-19 outbreaks in August. International demand, meanwhile, slipped slightly compared to the previous month.

Because comparisons between 2021 and 2020 monthly results are distorted by the extraordinary impact of COVID-19, unless otherwise noted all comparisons are to September 2019, which followed a normal demand pattern.

“September’s performance is a positive development but recovery in international traffic remains stalled amid continuing border closures and quarantine mandates. The recent US policy change to reopen travel from 33 markets for fully vaccinated foreigners from 8 November is a welcome, if long overdue, development. Along with recent re-openings in other key markets like Australia, Argentina, Thailand, and Singapore this should give a boost to the large-scale restoration of the freedom to travel,” said Willie Walsh, IATA’s Director General.

European carriers’ September international traffic declined 56.9% versus September 2019, down 1 percentage point compared to the 55.9% decrease in August versus the same month in 2019. Capacity dropped 46.3% and load factor fell 17.2 percentage points to 69.6%.

Asia-Pacific airlines saw their September international traffic fall 93.2% compared to September 2019, virtually unchanged from the 93.4% drop registered in August 2021 versus August 2019 as the region continues to have the strictest border control measures. Capacity dropped 85.2% and the load factor was down 42.3 percentage points to 36.2%, easily the lowest among regions.

Middle Eastern airlines had a 67.1% demand drop in September compared to September 2019, slightly improved over the 68.9% decrease in August, versus the same month in 2019. Capacity declined 52.6%, and load factor slipped 23.1 percentage points to 52.2%.

North American carriers experienced a 61.0% traffic drop in September versus the 2019 period, somewhat worsened over the 59.3% decline in August compared to August 2019. Capacity dropped 47.6%, and load factor fell 21.3 percentage points to 61.9%.

Latin American airlines saw a 61.3% drop in September traffic, compared to the same month in 2019, an upturn over the 62.6% decline in August compared to August 2019. September capacity fell 55.6% and load factor dropped 10.7 percentage points to 72.0%, which was the highest load factor among the regions for the 12th consecutive month.

To aid understanding, the table includes both % comparisons with pre-crisis 2019 months and 2020 months

Brazil’s domestic market sustained its gradual recovery amid positive vaccination progress. Traffic was down 17.3% compared to September 2019 – improved from a 20.7% fall in August.

Japan’s September domestic traffic was down 65.5%, worsened from a 59.2% decline in August versus August 2019, owing to the impact of restrictions.

“Each re-opening announcement seems to come with similar but different rules. We cannot let the recovery get bogged down in complication. The ICAO High Level Conference on COVID-19 agreed that harmonization should be a priority. The G20 declared a commitment to take action to support a recovery with seamless travel, sustainability, and digitalization. Now governments must put actions behind these words to realize simple and effective measures. People, jobs, businesses and economies are counting on real progress,” said Walsh.

IATA’s vision for safely re-establishing global connectivity is based on five key principles: