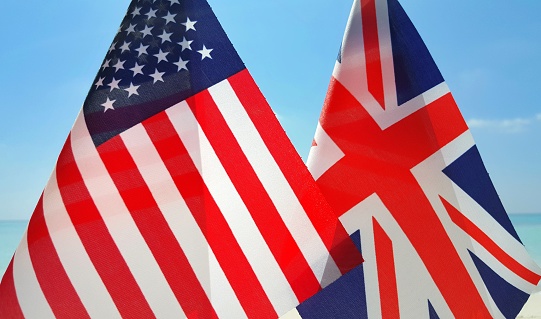 As the leaders of the G7 gather in the UK this month, the rest of us watch for signs that politicians have a hopeful vision for the post-pandemic world.

In a grandiose statement, US President Biden and UK Prime Minister Johnson have evoked the nostalgia of the Second World War with a new “Atlantic Charter”. The first Atlantic Charter was forged in 1941 amid the darkest days of the war, at a time when the outcome was still very much in doubt. It was a truly visionary statement which was a foundation of the key institutions of the post-war world such as NATO and the United Nations. It sought to strengthen democracy and free trade, and can be said to have kick-started the process of globalization to which the growth of air connectivity has played such a vital part.

By contrast, the new Atlantic Charter offers little in terms of connecting the world. A “Task Force” has been set up to look at the opening of US-UK borders. To put some context around this, many EU states already welcome vaccinated passengers without restrictions, while the UK and US (two of the countries with the lowest rates of infection and highest rates of vaccination of any of the major world economies) are unable to make a decision to reopen their borders to each other without appointing a committee to discuss it. It’s a transparently cowardly political move to “kick the can down the road”. Roosevelt and Churchill, who took real risks to meet in person in an ocean infested with U-boats, would be appalled that their 1941 vision is being associated with such a cautious approach.

Managing risk is something that people, businesses and nations need to do every day. The aviation industry is particularly advanced at it. And we’ve been putting these skills to work during the pandemic. A risk model developed by Airbus is a case in point. It estimates that at current infection rates, even if passenger traffic were back to 2019 levels, the total risk to the UK from US arrivals would be to add 0.3% to the domestic infection rate (and that miniscule risk amount does not even factor in the positive impact of vaccination). This should give governments courage that the risk is extremely manageable. If governments have different models with different results, we need to see them. With such enormous economic and social consequences at stake—some $273 billion in cross border trade and millions of jobs—it demands a transparent debate.

Sometimes these kinds of figures are so large they can numb us. But behind these numbers are real human costs. We asked people separated on each side of the Atlantic to share their stories with us. Some of the situations they described are heart-breaking. Newlyweds kept apart for months. Parents and grandparents unable to meet new-born children. These are the victims of the lack of vision of politicians, who are betraying the incredible scientists and medical staff who have worked so hard to create and distribute the vaccines that we were promised would enable a return to normality.

The 1941 Atlantic Charter lives in history as a symbol of the commitment to freedom that all people share. The new Atlantic Charter has a chance to stand tall in its shadow, if leaders will be bold. It is not too late for President Biden and Prime Minister Johnson to show some real leadership. The meeting of the G7 gives them the chance to take a stand and show that the vaccination program brings concrete benefits. They should announce that July 4th will be a real ‘Independence Day’ not just for the domestic United States, but a symbol to the world that the US is opening for business, and that a post-Brexit ‘global Britain’ is a reality not just a slogan.

No more talk. No more “task forces”. Action is what is required. Put the world back on the road to freedom.