The strengthening industry performance is being driven by a combination of factors:

“This is a good news story. The airline industry is delivering solid financial and operational performance. Passengers are benefiting from greater value than ever—with competitive airfares and product investments. Environmental performance is improving. More people and businesses are being connected to more places than ever. Employment levels are rising. And finally our shareholders are beginning to enjoy normal returns on their investments,” said Tony Tyler, IATA’s Director General and CEO.

In 2016 total passenger numbers are expected to rise to 3.8 billion traveling over some 54,000 routes.

“This is an historic achievement for an industry that has been notorious for destroying capital throughout its history. But let’s keep that achievement in perspective. With net profit margins still in the 5% range there is little buffer. Achieving returns that barely exceed the cost of capital means that airlines are finally meeting the minimum expectations of their shareholders. For most other industries this is the norm and not the exception.

And this is coming as expectations build that we are nearing the top of the business cycle. On average airlines will still make less than $10 per passenger carried. The industry’s profitability is better described as ‘fragile’ than ‘sustainable’,” said Tyler.

There are several indicators that improvements in airline profitability are likely to slow. The first is found in the cyclical nature of the airline business. Historically the airline industry profitability cycle is 8-9 years from peak to peak (or trough to trough). The low point of this cycle was 2009. The second is the anticipation of the economic impact of interest rates rising from current exceptionally low levels. And lastly, airlines will soon have realized the maximum positive impact of lower fuel prices with most of the higher-than-market hedges due to unwind in 2016.

This is as a result of a strong US economy, the appreciating US dollar, lower oil prices and a restructured industry. Capacity growth by North American airlines is expected to accelerate from 3.7% in 2015 to 4.8% in 2016 on the strength of the US economy.

Europe: European airlines are expected to deliver performance improvements with net profits increasing from $6.9 billion in 2015 to $8.5 billion in 2016. Lower fuel costs (hedging rates of 80-90% for the majority of large airlines has delayed much of the benefit from low fuel prices into 2016), a faster than expected recovery of the European economy and strong performance on business travel on North Atlantic routes is benefitting the region.

However, performance is very patchy with intense and increasing competition on intra-European markets reducing the financial performance of some of those exposed to these markets. On a per passenger basis, however, profits are $8.80 which places their performance significantly behind that of North American carriers. Capacity growth is expected to accelerate from 3.9% in 2015 to 6.2% in 2016 with Turkey being a major driver.

Asia-Pacific: Profits for the Asia-Pacific region are expected to grow from $5.8 billion in 2015 to $6.6 billion in 2016. Overall profits per passenger for 2016 are forecast at $5.13, well behind both the US and Europe. Although the Chinese economy has slowed, air travel remains strong.

The region’s carriers will benefit more fully from the impact of lower fuel prices in 2016 as hedges unwind. The region is, however, in the front line for the impact of continued weakness in cargo revenues. Passenger capacity growth is expected to accelerate from 6.0% in 2015 to 8.4% in 2016 as new aircraft are delivered largely to accommodate growth in the major emerging markets of India, Indonesia and China.

Middle East: Middle East carriers are expected to see collective profits of $1.4 billion in 2015 which is lower than the previously forecast $1.8 billion. The region is expected to recover most of the lost ground with a $1.7 billion net profit in 2016. The Middle East is, however, split between strong Gulf airlines, with successful long-haul super-connector operations, and regionally-focused airlines which are suffering from the impact of lower oil revenues and political conflict.

Profit per passenger of $7.97 forecast for 2016 is slightly less than that expected for European airlines and almost a third of what North American airlines are achieving. Overall the region is still generating double-digit growth. Capacity is expected to expand by 12.1% and 12.2%, respectively, in 2015 and 2016 largely as a result of growth in traffic over the region’s modern hubs.

Latin America: The performance of carriers in Latin America is weak on the back of the deepening economic crisis in Brazil, weak commodity prices and adverse currency fluctuations. The region is expected to finish 2015 with a $300 million loss, recovering to a $400 million profit in 2016. Recent elections in Venezuela and Argentina are expected to result in a more business-friendly environment for airlines.

These are both key markets where government controls have blocked the repatriation of airline profits (some $3.78 billion in Venezuela). The region is still expected to see a robust capacity growth of 5.6% in 2015 accelerating to 7.5% in 2016 on the strength of demand on links with North America.

Africa: Airlines in Africa are expected to be in the red in both 2015 and 2016 with losses of $300 million and $100 million, respectively. The region’s losses per passenger make its performance in 2015 worse than Latin America’s. Political instability is impacting important tourism markets in North Africa. The continent’s carriers in general suffer from weak economies and stiff competition on international markets. Growth is also weak, with a 0.4% capacity expansion expected for 2015 increasing to 1.6% in 2016. 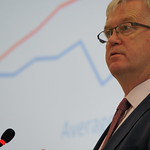