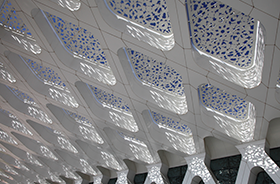 Casablanca - The International Air Transport Association (IATA) highlighted four priorities in the Middle East and North Africa (MENA) which must be addressed for aviation to deliver maximum economic and social benefits.

Passenger demand in MENA is set to expand by 4.8% each year on average over the next 20 years, to become a market of 400 million passengers in 2035. If that demand is met, the number of jobs supported by aviation in the region will grow from 2.4 million to 3.9 million over the same period. And aviation’s contribution to regional GDP will increase from $157.2 billion to $359.5 billion.

“Infrastructure in MENA reflects the foresight of Governments in the region to capture aviation’s economic and social benefits. However to keep this competitive advantage, continuous consultation is needed so that capital expenditure aligns with industry growth, required service levels and acceptable costs,” said de Juniac.

De Juniac also sounded a note of caution on infrastructure privatization and urged governments to effectively balance public and private interests. “The desire to harness commercial discipline in managing airports is understandable. But, despite many airport privatizations around the world we have not seen any outcomes that have truly met expectations. It’s important to learn from experiences elsewhere, especially ensuring that any privatization is driven by real user consultation throughout the process,” said de Juniac.

De Juniac also called for cooperation to modernize air traffic management (ATM) in the region. “Studies show that the average ATM delay in the Gulf is 29 minutes with the potential to double by 2025. Without an increase in the overall efficiency of the ATM systems in the region through improved airspace design, MENA’s world-class hubs will be compromised with gridlock. We appreciate the many programs that are in progress - including the GCC Air Navigation Committee, the Middle East ATM Enhancement Program and others. But we must drive these efforts even harder to achieve a real breakthrough,” said de Juniac.

IATA urged cooperation to reverse unprecedented rises in taxes and charges - about $700 million in extra costs in 2015 alone. “Every dollar that a passenger spends in the region creates jobs and spreads prosperity. And every dollar collected in taxes or charges is an incentive for travelers to go elsewhere. A low cost structure is a key component of the region’s success—particularly in the Gulf,” said de Juniac.

IATA urged global standards to guide the proliferation of consumer protection initiatives in the region. Regulators in Saudi Arabia, Oman, Qatar, Jordan and the Arab Civil Aviation Commission are in various stages of activity in this regard. De Juniac called on governments in the region to keep the global standards and recommended practices arrived at through the processes of the International Civil Aviation Organization (ICAO) at the core of any developments.

Security is a global issue. Keeping aviation secure is integral to a state’s responsibility for national security as highlighted in a UN Security Council Resolution earlier this year. Challenges include insider threats, landside exposure at airports, overflight of conflict zones, and cyber security. “Security is clearly a government responsibility. To stay a step ahead of those who would do aviation harm, intelligence gathering by governments and information sharing among governments and with industry is essential. Industry also plays a vital role in supporting their efforts. It’s a top priority for IATA and we will become even more active,” said de Juniac.