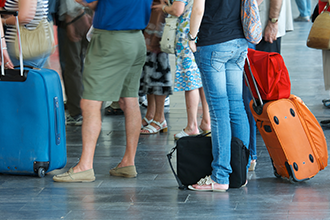 “Stronger demand for air travel reflects—and is supporting--a pick-up in the global economic cycle. As the stimulus effect of lower oil prices recedes in the rear view mirror, the strength of the economic cycle will play a key role in the pace of demand growth in 2017,” said Alexandre de Juniac, IATA’s Director General and CEO.

Domestic travel demand rose 7.1% in November 2016 compared to the same month in 2015, but results continued to vary widely, with China, India and Russia showing double-digit growth while demand declined in Brazil and Japan. Domestic capacity climbed 6.1%, and load factor improved 0.8 percentage points to 82.2%.

“The airline industry continues to deliver strong results. In 2017, for a third consecutive year, the industry’s return on invested capital will exceed the cost of capital. Passengers benefit from the industry’s success. Travel has never been more accessible—with great fares, many options and more destinations. Nevertheless uncertainty lies ahead. The threat of terrorism, questions over the durability of the economic upswing, rising oil prices and increasing protectionist rhetoric are among the concerns. The industry has reshaped itself and strengthened its resilience to shocks. We should see another solid year of collective profitability for the airlines in 2017. But we must be vigilant,” said de Juniac.