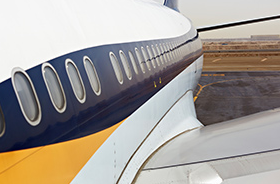 All regions reported solid or better growth in passenger volumes over the past year. Capacity (available seat kilometers or ASKs) increased by 6.1%, and load factor rose 0.6 percentage points to a July record of 84.7%.

“As is evidenced by the record high load factor in July, the appetite for air travel remains very strong. However, the stimulus effect of lower fares is softening in the face of rising cost inputs. This suggests a moderating in the supportive demand backdrop,” said Alexandre de Juniac, IATA’s Director General and CEO.

July international passenger demand rose 6.2% compared to July 2016, which was a slow-down compared to the 7.6% growth recorded in June. Total capacity climbed 5.5%, and load factor edged up 0.5 percentage points to 84.6%.

Domestic travel demand grew by 7.9% year-on-year in July, in line with 8.0% growth recorded in June. With the exception of Australia, all markets recorded annual increases. China led all markets (+15.0%). Domestic capacity climbed 7.1%, and load factor rose 0.6 percentage points to 85.0%

“As the first full month in the summer peak travel season, July is a bellwether month, and demand continues to be very strong. People want to travel and aviation connectivity is vital to the smooth functioning of the global economy. But the economic and social benefits that aviation brings need to be supported by adequate, affordable airport and air traffic management infrastructure. To do this effectively, governments must include aviation’s requirements as part of their national economic strategy,” said de Juniac. This is particularly true as the US considers restructuring its air traffic control organization.