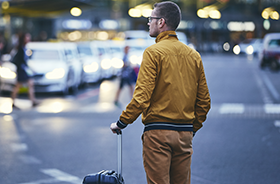 Geneva - The International Air Transport Association (IATA) announced global passenger traffic results for October showing that demand (measured in revenue passenger kilometers, or RPKs) rose 6.3% compared to the same month last year. This marked a rebound from 5.5% growth recorded in September, which was an eight-month low. Capacity also grew 6.3% and load factor was flat at 81.1%, matching last year’s record for the month.

“October’s healthy performance is reassuring after the slower demand growth in September—some of which was attributable to weather-related disruptions. However, the bigger picture is that traffic growth has moderated compared to earlier in the year, reflecting a more mixed economic backdrop and reduced demand stimulation from lower fares,” said Alexandre de Juniac, IATA’s Director General and CEO.

“Demand for air travel is strong as we head into the holiday travel season. Trade wars and uncertainty around the political and economic impact of Brexit remain concerns but the recent easing of fuel prices is a welcome development. In a few days, IATA will hold our annual Global Media Day in Geneva, bringing together more than 100 journalists and bloggers from around the world. We will present our updated economic forecast, among other topics. I always look forward to this opportunity to discuss and debate the key issues and initiatives facing commercial aviation with our colleagues in the media,” said de Juniac.