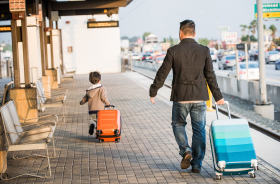 “After January’s strong performance, we settled down a bit in February, in line with concerns about the broader economic outlook. Continuing trade tensions between the US and China, and unresolved uncertainty over Brexit are also weighing on the outlook for travel,” said Alexandre de Juniac, IATA’s Director General and CEO.

February international passenger demand rose 4.6% compared to February 2018, which was a slowdown from 5.9% growth in January. Capacity climbed 5.1%, and load factor dropped 0.4 percentage point to 79.5%. Airlines in all regions but the Middle East showed traffic growth versus the year-ago period.

Domestic travel demand rose 6.4% in February compared to February 2018, down from 7.4% annual growth in January. All markets except Australia reported increases in traffic, with India recording its 54th consecutive month of double-digit percentage growth. Domestic capacity climbed 5.8%, and load factor edged up 0.5 percentage point to 82.4%.

“While overall economic confidence appears to be softening, aviation continues to deliver solid results, helping to sustain global commerce and the movement of people. The Brexit deadline has come and gone with no separation agreement, but with vital air connectivity between the UK and the Continent maintained for the present. Temporary measures, however, are no substitute for a comprehensive Brexit package that will ensure that the Business of Freedom is able to play its vital role in contributing to the well-being of the region—and the world,” said de Juniac.