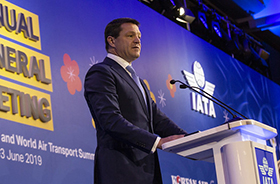 This will be the third time that the Netherlands will host the global gathering of aviation's top leaders (Following events held in the Hague in 1949 and Amsterdam in 1969). KLM is a founding member of IATA and is celebrating its 100th anniversary this year.

“It is absolutely wonderful that Amsterdam was chosen for the IATA gathering in 2020 and that we as KLM can host IATA in 2020. This year in October 2019 KLM celebrates our 100th anniversary. A very special moment for all KLM colleagues. We are ready and fit for the next century and—as one of the founders of IATA—very proud to welcome everyone in Amsterdam next year,” said Pieter Elbers, President and CEO of KLM.

"The aviation industry looks forward to meeting in Amsterdam for the 76th IATA AGM. The Netherlands has a rich aviation history with its vibrant economy driven by connectivity. It is particularly significant that we will be hosted by KLM. While we work together to achieve sustainability, build the infrastructure needed to support growth and evolve smarter regulations, KLM’s century of success reminds us of the constant innovations that have underpinned the development of global aviation,” said Alexandre de Juniac, IATA’s Director General and CEO. 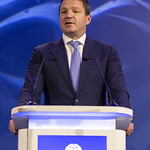