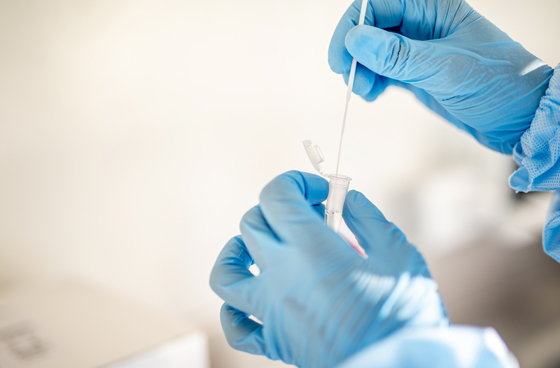 Geneva - The International Air Transport Association (IATA) called on governments to ensure that high costs for COVID-19 testing don’t put travel out of reach for individuals and families. To facilitate an efficient restart of international travel, COVID-19 testing must be affordable as well as timely, widely available and effective.

An IATA sampling of costs for PCR tests (the test most frequently required by governments) in 16 countries showed wide variations by markets and within markets. Findings include:

Even taking the average of the low-end costs, adding PCR testing to average airfares would dramatically increase the cost of flying for individuals. Pre-crisis, the average one-way airline ticket, including taxes and charges, cost $200 (2019 data). A $90 PCR test raises the cost by 45% to $290. Add another test on arrival and the one-way cost would leap by 90% to $380. Assuming that two tests are needed in each direction, the average cost for an individual return-trip could balloon from $400 to $760.

The impact of the costs of COVID-19 testing on family travel would be even more severe. Based on average ticket prices ($200) and average low-end PCR testing ($90) twice each way, a journey for four that would have cost $1,600 pre-COVID, could nearly double to $3,040—with $1440 being testing costs.

“As travel restrictions are lifted in domestic markets, we are seeing strong demand. The same can be expected in international markets. But that could be perilously compromised by testing costs—particularly PCR testing. Raising the cost of any product will significantly stifle demand. The impact will be greatest for short-haul trips (up to 1,100 km), with average fares of $105, the tests will cost more than the flight. That’s not what you want to propose to travelers as we emerge from this crisis. Testing costs must be better managed. That’s critical if governments want to save tourism and transport jobs; avoid limiting travel freedoms to the wealthy,” said Willie Walsh, IATA’s Director General.

WHO: States Should Bear the Cost of Testing

The World Health Organisation’s International Health Regulations stipulate that states should not charge for testing or vaccination required for travel, or for the issuance of certificates. The WHO COVID Emergency Committee recently reiterated this position, calling on governments to reduce the financial burden on international travelers of complying with testing requirements and any other public health measures implemented by countries. Many states are ignoring their international treaty obligations, putting a travel recovery in jeopardy and risking millions of livelihoods. High testing costs also incentivize the market for fake certificates.

“Testing costs should not stand between people and their freedom to travel. The best solution is for the costs to be borne by governments. It’s their responsibility under WHO guidelines. We must not let the cost of testing—particularly PCR testing—limit the freedom to travel to the rich or those able to be vaccinated. A successful restart of travel means so much to people—from personal job security to business opportunities and the need to see family and friends. Governments must act quickly to ensure that testing costs don’t stall a travel recovery,” said Walsh.

Among the markets surveyed, France represents the best practice. It bears the cost of testing, including tests to facilitate travel. The European Parliament is moving Europe in the right direction. Last week, it called for testing to be universal, accessible, timely and free-of-charge across the EC.

“France and the European Parliament are helping to lead the way. We are in a health and economic emergency. Testing is part of the road to recovery. So it’s a government responsibility to ensure that testing is accessible to all. If governments are not going to make testing free, at least they must ensure that there is no profiteering by testing companies at the expense of people who just want to get back to some form of normality in their life and travel habits. And that scrutiny should include governments themselves who, under no circumstances, should charge a tax for this critical service,” said Walsh.

The wide variance in testing costs should raise flags among governments. “How is it that the minimum cost of a PCR test can be as low as $77 in Australia but $278 in Japan, for example?” said Walsh. Numbeo data indicates that the cost of living in Sydney, Australia and Tokyo, Japan are similar. 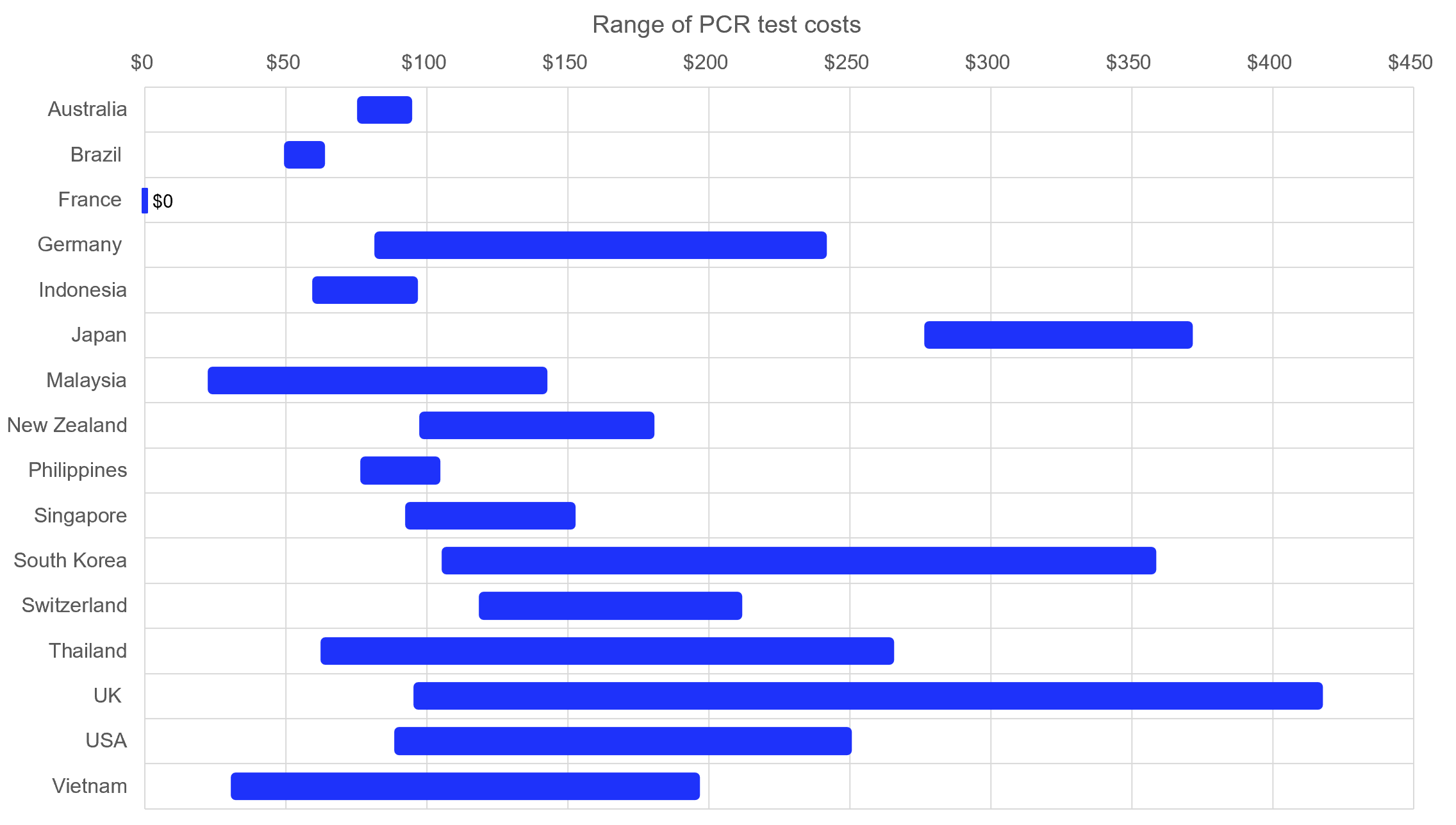