Remarks of Alexandre de Juniac at the 2018 Wings of Change, Madrid

Good morning. Welcome to the inaugural Wings of Change for Europe.

It’s a pleasure to be in Madrid. Spain has long recognized the potential of aviation, and the Spanish government is a welcome supporter of many of the reforms I will talk about today. We are proud that Madrid is home to our European Regional Office, and look forward to strengthening our close ties with this great country. I’d also like to thank our airline sponsor, Iberia, and all of our other sponsors, for supporting this event.
Last month, IATA published our 20-year forecast on passenger trends. The expected growth for Europe is impressive. In 2037, 1.9 billion passengers will travel to, from and within this continent. That’s 50% more than today. That growth will create jobs and drive a modern economy.

But these economic and societal benefits will only materialize if Europe provides a playing field on which its airline industry can be competitive. And I’ll start by saying that is not the case today.

Businesses have some levers to improve their competitiveness--cutting costs, improving technology, hiring new skills or re-positioning in the market.

But many things—in a highly regulated industry like aviation—are in the hands of governments. Chief among these are the regulatory, and tax burden, and availability of infrastructure.

So I am pleased to announce that today we will be sharing the first results from a competitiveness toolkit that our economics team, under the leadership of IATA Chief Economist Brian Pearce, is undertaking.

The airlines’ interest is to provide effective connectivity to link economies. And the analysis will highlight government policies that achieve this. Brian will talk more about this later today.

But I would like to point out a few things.

The tax burden is a key element of competitiveness. The real value of aviation is not in the taxes it generates for governments. It is in the jobs and economic growth that flying generates. That is a constant message that we have for governments—including here in Europe.

Today’s focus is on Europe, so I will make my detailed remarks in three areas where the European Union has competency:

This year’s ATM performance has been appalling. Delays have reached record levels.

Passengers deserve better. And we have a four-point plan for the Commission, European nations, ANSPs and their staff to implement, for swift improvements.

As to the medium- and long-term, airlines are running out of patience waiting for the benefits of the Single European Sky (SES) to materialize. We still believe in this project. However, we also see a compelling need for local planning and action. IATA is asking governments to develop National Airspace Strategies (NAS) aligned with the SES benefits that Europe desperately needs.

Poland, France, Italy, Bulgaria, and Spain are showing leadership by committing to establish NAS’s with IATA and other partners. Each NAS, jointly drawn up and governed by the ANSP, airlines, and other key stakeholders, sets out investment plans, priorities for tackling capacity bottlenecks, and airspace redesign requirements.

I am delighted to announce that later today we will formally publish the first NAS, with our partners, PANSA of Poland. And we are well advanced with plans to publish two more before the end of the year.

We are convinced that this collaboration is essential to build the SES and deliver the ATM performance that European citizens expect.

When it comes to airport capacity, Europe’s plans for expanding airports are grossly inadequate.
There is no one-size-fits-all solution for structuring how to address airport issues. But, there are some basic principles. Airlines need sufficient capacity, alignment with our technical and service requirements, and reasonable costs.

When governments turn to the private sector for the funding needed to achieve these requirements, the situation becomes complicated. It is important to protect the airport’s ability to catalyze economic activity. But when considering airport privatization, our members call for governments to think long-term, be cautious, regulate appropriately, and consult the industry. That was the intention of a resolution passed at our AGM earlier this year.

Since building airport capacity is a long-term project, we also need to manage effectively the capacity that currently exits. That’s a major challenge in Europe, which is home to more than half of the world’s slot-constrained airports. There’s only one fair way to manage slots: in an independent, neutral and transparent system. This is achieved with the current European Slot Regulation—which is well aligned with the Worldwide Slot Guidelines.

Some voices are suggesting the current regulation is failing, and alternatives could do a better job. We don’t agree. While I urge change in many areas, my message on slots is to be extremely careful. The current system in Europe enables airlines to consistently plan schedules and aircraft investments. And it has facilitated the phenomenal growth of new entrants like EasyJet, Ryanair, Vueling, Wizz, and others.

If there is a problem with all carriers getting their ideal choice of schedules, the fault lies in a lack of capacity, not with slots allocation. Changes to the EU slot regulation, or inefficient and counter-productive methods of allocation such as auctions, will not address this issue.

The answer is to conduct a regular, impartial and transparent review of airport capacity, with the aim of making more slots available.

Another issue that could play havoc with schedules is the issue of Daylight Saving Time in Europe. Without sufficient implementation time, changes to time zones will be disastrous for aviation.

Imagine if one EU country stays on summer time while its neighbor switches to winter! And remember, airline schedules are global. So if the hour changes in an EU country but not in the USA, then we have a problem: an airline will lose its slot on either end of the route, depending on whether it decides to keep the departure or the arrival time unchanged. Our message is very simple: if this change really has to go ahead—something we do not support—it needs to be one synchronized switch across the whole of the EU, and it needs to be done with at least 2 years lead time.

The European Commission has wisely recognized that both need reform.

The Charges Directive has not kept airport charges competitive. Over the last decade, passenger charges have doubled as a proportion of the ticket price. One thing everyone agrees is that airports which have very strong market power need to be regulated. The key is to agree the principles for establishing which airports need regulating, and a way to make that regulation effective, quickly.

EU 261 is still a mess for airlines and passengers, and a bonanza for claims agencies and their dubious practices. The Commission has tried to help with its guidance material. But the European Court of Justice continues to issue intolerable interpretations which do nothing to improve competitiveness or protect the long-term interests of travelers

A wholesale reform of EU261 is needed—taking ample input from airlines and consumers.

One final regulatory and cost point. This year marks the tenth anniversary of the aviation industry’s far-sighted commitments to achieve carbon-neutral growth from 2020 and to cut carbon emissions to 50% of 2005 levels by 2050.

In 2016, in line with these goals, the world’s governments at the International Civil Aviation Organization (ICAO) Assembly agreed the Carbon Offsetting and Reduction Scheme for International Aviation, or CORSIA. Europe can take a lot of credit for pushing CORSIA through.

But, as we have seen recently, international treaties can be precarious. We must remain united to ensure CORSIA, and the multilateral approach agreed in ICAO, is not undermined. That means all states fully implementing the scheme’s international standards, and resisting proposals for unilateral national carbon taxes that could weaken the rationale and resolve for an effective global scheme. Let’s never forget that, as a global scheme, CORSIA will deliver far greater CO2 mitigation than any domestic policy could hope to achieve.

Enhancing the Business of Freedom

I call aviation the Business of Freedom. The ‘business’ part is clear from the evidence of the EUR718 billion in economic activity, and 12.2 million jobs which are supported by airlines in Europe. The ‘freedom’ air travel affords the world can be quantified in many different ways. But one example would be the increase in air connectivity that has brought Europe together in the 30 years since the collapse of the Berlin wall.

That openness is precious. Retreating behind new walls cannot be the answer. Protectionism can never be a solution to our economic challenges.

This philosophy is being tested in the context of Brexit. There is a real danger that air links between the UK and EU could be severely damaged if an agreement is not found. Both the EU and the UK have said that they value continuity and connectivity. They must match these words with deeds, and be far more transparent with the state of the discussions.

So why do we call this conference Wings of Change? Because the airline industry is transformative. We change national economies, we change perceptions of distance, geography and the boundaries of what can be accomplished.

This industry is also going through an unprecedented period of change. Revolutionary new business models and digital technologies are transforming aviation beyond all recognition. 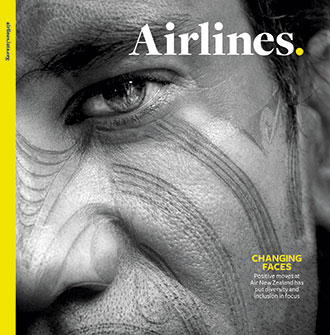