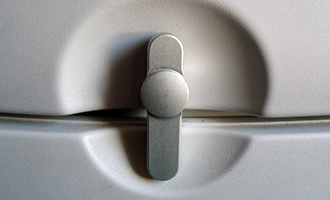 ​One of the responsibilities ofcabin crew is to ensure the safety of passengers during the flight, preventing injury, and preventing the escalation of an abnormality into an emergency.However, it is important to keep in mind that safety is also the responsibility of passengers. That means following the cabin crew’s directives at all times as well as behaving in a safe manner.

On the topic of cabin safety as for otheraviation areas that IATA is involved in, we arenot a regulator anddo not set or enforce rules, but we do give guidance to airlines. See thesebest practices on cabin safety.


Find out below answers to the most frequently asked questions related to cabin safety, traveling with kids and the use of comfort devices.

What should I do if an emergency situation arises?

​Follow the instructions of the cabin crew who are trained to manage the situation and evacuate passengers within 90 seconds. If you are told to evacuate, it is extremely important to leave all your carry on baggage behind.

Why are there still safety demonstrations on every flight?

​The International Civil Aviation Organization requires that every passenger is provided with a safety briefing before departure. Even if you are a regular traveler and have seen this demonstration many times before, there are some differences between airlines, countries and aircraft. The key differences include:

Operation of the seatbelts – there are several different types in use around the world and sometimes they vary between cabins on the same aircraft.

Operation of emergency oxygen masks – while these must always be placed over the nose and mouth as quickly as possible if they appear, there are some differences in the way they activate.

Operation of doors and exit.

Operation of life vests – there are several different types.

Bracing position – this varies according to the seat, the seatbelt and direction of travel.

Are there specific seats available for kids?

Babies: On longer flights some airlines provide a bassinet for very small children. There may be an age, weight and/or size restriction on their use, so check with your airline if you are requesting one.

Kids older than 1 year: The safest way of traveling with a small child is to purchase an approved car seat. There are different safety standards worldwide for car seats, and not all are accepted by airlines. Please check with your airline.

If accepted by the airline, you will probably need to show the approval labels to the cabin crew onboard and you are responsible for fitting the seat yourself. Make sure you don't obstruct other passengers access to the aisle.

Are there any restrictions related to comfort devices?

Some comfort devices are not accepted by airlines as they might create a safety issue on board. If you are hoping to use a legrest, footrest, inflatable floor cushion, or anything which attaches to the aircraft seats or cabin fixtures, please check with your airline before you travel.

Between 2007 and 2016, over 58,000 unruly passenger incidents, including violence, harassment and failure to follow instructions, were reported on flights. Unruly behaviour threatens passenger safety, disrupts other passengers and crew, causing delays and diversions.

One of the biggest causes for unruly passenger behavior is excessive alcohol consumption, which airlines are trying to reduce by implementing certain rules:

It is also important to know that in many countries, it is a criminal offence to be drunk on an aircraft.