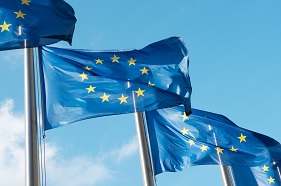 Geneva – The International Air Transport Association (IATA) expressed surprise and concern at the EU Parliament decision to adopt the proposed amendments to the Fit for 55 revision of the European Union Emissions Trading Scheme (EU ETS) that would expand the scope of the EU ETS to include all flight departures from the European Economic Area (EEA)* from 2024**.

The CO2 emissions of international flights departing EU/EEA airspace is already covered under the landmark CORSIA agreement (Carbon Offsetting and Reduction Scheme for International Aviation), while the EU ETS covers flights within the European Union. A unilateral decision by the EU to expand the scope of ETS extra-territorially to non-EU destinations will threaten the prospects for major global decarbonization efforts:

Moreover, expanding the EU ETS scope to include all flights leaving the EU would lead to serious distortion of competition and weaken the global competitive position of EU airlines and hubs.

“This decision by the European Parliament is disturbing because it endangers international cooperation to tackle aviation’s climate change impacts. We call on the European Council to clearly state its determination to seek a multilateral solution at ICAO’s 41st Assembly later this year, and to strongly reject the expansion of ETS voted yesterday by the Parliament. The best thing that the EU could do for aviation’s decarbonization is work towards a global agreement for international aviation. This signal by the EU Parliament that it is moving away from the CORSIA agreement will inevitably distract from the multilateral cooperation that is essential for any increased ambition for international aviation to address climate change,” said Willie Walsh, IATA’s Director General.

IATA calls upon EU member states not to repeat the mistake on the full-scope ETS back initially proposed in 2012.

“Europe has already suffered the embarrassment of a unanimous global rejection of its misguided attempt to impose ETS extra-territorially in 2012. The impact of any regional initiative by the EU will be quickly neutralized or worse if it derails decarbonization efforts in faster growing markets outside of Europe. Now is the time for Europe to support CORSIA and the adoption of LTAG which will propel global decarbonization efforts further,” said Walsh.

*EEA* The EEA includes the 27 EU countries and also Iceland, Liechtenstein and Norway.

** The amendment text was proposed by the EU Parliament’s ENVI Committee (Committee on the Environment, Public Health and Food Safety) and adopted by EU Parliament on 8 June