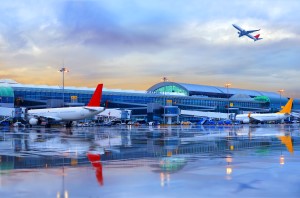 Geneva - The International Air Transport Association (IATA) and McKinsey & Company published a study of profitability trends across the aviation value chain showing that profitability varies widely by sector. The study also shows that in aggregate, airlines underperform on the financial return that an investor would normally expect.

While there is no clear path to rapidly re-balance the value chain, the study concludes that there are some key areas—including decarbonization and data-sharing—where working together and burden-sharing will mutually benefit all value chain participants.

Highlights from the Understanding the Pandemic’s impact on the Aviation Value Chain study (pdf) include:

This research reaffirms that airlines improved their profitability in the years following the Global Financial Crisis. But it also clearly shows that airlines, on average, were not able to benefit financially to the same degree as their suppliers and infrastructure partners. Rewards across the value chain are also disproportionate to risk. Airlines are the most sensitive to shocks but have limited profits with which to build a financial buffer,” said Willie Walsh, IATA’s Director General.

The pandemic saw all players fall into economic losses. As the industry recovers from the crisis, the study’s most important question is: can a more balanced distribution of economic returns and risk be realized in the post-pandemic world?” said Walsh.

Several changes in the profile of airline economic returns are noted in the study:

An updated analysis of the forces shaping airline profitability originally done in 2011 with Harvard Business School’s Professor Michael Porter demonstrates there has been little positive change.

“It is difficult to see how these entrenched forces will change significantly in the near term. In most cases the interests of those in the value chain are simply too divergent to work as partners to drive change that could meaningfully alter the profitability profile across the value chain. That is why IATA will continue to call on governments to better regulate our monopoly or near-monopoly suppliers like airports, ANSPs and GDSs,” said Walsh.

Recent IATA polling shows public understanding of the need to regulate monopoly suppliers. Some 85% of consumers polled in an 11-country survey agreed that the prices that airports charge should be independently regulated, like utilities.

The value chain study also revealed some areas of common interest where greater cooperation would deliver benefits for all. Two of the examples noted in the study include:

There is no magic solution to rebalance the value chain. But it is clear that the interests of governments, travelers and other value chain participants are best served by financially healthy participants—and particularly airlines. A combination of better regulation and cooperation in areas of mutual interest could move the needle. And there are at least two areas ripe for collaboration and burden sharing—pursuing data-driven efficiency gains and decarbonization,” said Walsh.

We are proud to partner with IATA since 2005 on understanding the value created across the aviation value chain. Over that time, the aviation industries have seen several crises and comebacks. But never has the aviation value chain overall returned its cost of capital. Airlines have consistently been the weakest element, even in their best years not quite returning cost of capital. But there are win-wins, and companies across the value chain can work better together to serve customers, and improve value,” said Nina Wittkamp, Partner at McKinsey.