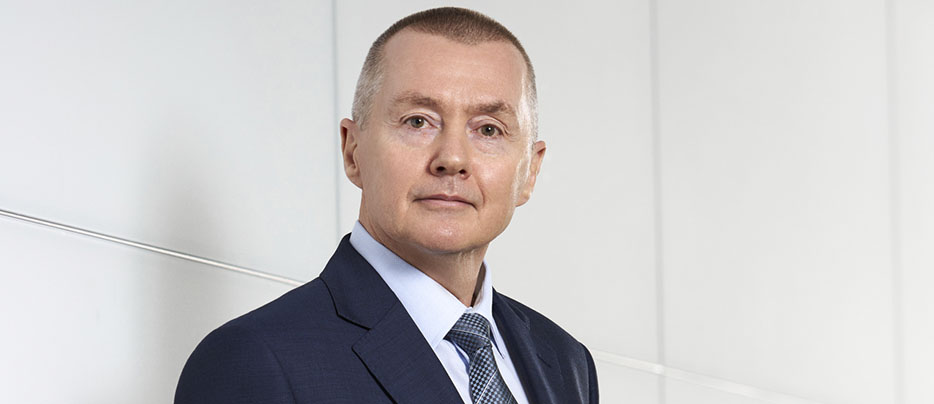 Thank you, Tony. And good afternoon, everybody. As Tony said, we have a short presentation, which I'll take you through now. So we moved to the first slide, which will give you an overview of February. This is showing the February performance against February 2019. And you can see that after a short pause in January, the recovery has picked up again, a strong performance by cargo of 11.9% versus the same month in 2019. And then you can see passenger traffic, at overall 45.5% down on 2019, with international almost 60% down and domestic, 22% down.

I will just go a little bit into the detail behind these figures. Move to the next slide, which shows the domestic performance. And a mixed bag. I think we've been seeing this in the domestic markets for a little while now. Russia continues to grow, relative to 2019. However, we clearly would expect that to be significantly impacted in March because of the war in Ukraine. You can see the US is just about back to where it was in 2019, just under 7% versus 2019.

Then the other big domestic markets. Again, we would expect China to show some deterioration in March given the restrictions that have been imposed in Shanghai in particular. Japan, down significantly at minus 65%. The Australian market is beginning to pick up as the regulations in Australia start to relax.

If we move to the next slide, which shows the international performance for the month. You can see, the Asia Pacific region continues to lag significantly behind other segments, given the ongoing border restrictions, although we are seeing some positive developments there. We're encouraged by what we're hearing from some governments as well. China continues to be an outlier in pursuing the zero COVID approach. But we would expect to see a number of countries starting to relax their restrictions as we go through the rest of this month.

The rest of the markets: Africa, Europe, Latin America, Middle East and North America are all in that sort of bracket between minus 44% and minus 52%, with Africa at minus 52%. Europe is minus 45%, Middle East is minus 46%, North America minus 44%, and the Latin America minus 44%. All showed very strong performance in February versus February of 2021. So you saw Europe up 381%, but clearly still lagging behind where we were in 2019.

If we move to the next slide, you can see here that cargo shows a very good performance. We had a record February, the best February performance on record certainly back to 1990. I was looking at figures this morning. December was the record month ever. So good performance in cargo. We are seeing some differences across the regions, but overall pleased to see Latin America beginning to pick up.

Next slide please. This, however, would indicate that there's some softening likely to happen as we go forward. The PMI has gone below 50. You can see minus 48.1 I think it was for the world. So we would, based on this and based on the ongoing disruption to supply chains that we're witnessing, we would expect to see the growth and very strong performance of cargo just begin to ease as we go through the next couple of months.

We move on to the next slide, you can see fuel has clearly been a major challenge for airlines. And this chart actually shows a significant difference between the Brent price in red and the jet fuel price. Now, it is impacted by very high prices in the East Coast USA which have seen record jet prices. So the global position is slightly better than the blue line when you see it, if you exclude the East Coast USA, but a very significant increase in jet fuel prices. And given that fuel represents the single biggest cost base of the industry, it averaged 27% over the 10 years up to 2019.

So if you look at the sort of normal operating periods, fuel represented 27% of the industry's cost base. It's inevitable that these high oil prices will be reflected in higher fares, and I've heard a number of CEOs indicate that in recent weeks. The good news moving to the last slide is that demand for passenger flying continues to be resilient. And we can see the international sales continuing to pick up despite all of the issues, particularly associated with the war in Ukraine. Domestic clearly has been impacted by China and Russia, two big domestic markets. And we would expect, given the restrictions that we see in China, that that will continue to decline. China's the second biggest domestic market after the US.

But overall, I think we're pleased with the resilience that we're seeing in international bookings. And I think that's reflected in many of the news stories where we're reading now with passenger traffic increasing as we go into the northern summer season. So I think a positive view of February, good cargo and good passenger figures with recover, picking up again in February after the slight lull in January.

And Tony, back to you for the Q&A.