​
Thank you for joining this press conference.
This is my first trip to Cuba, but I am proud to lead an organization that was actually founded in this very hotel 70 years ago. In April, 57 airlines gathered here to lay the foundations for post war civil aviation. They had a vision which has stood the test of time.
Today IATA is a global trade association representing some 260 airlines. Our work touches almost every aspect of aviation. Our global standards help to make the aviation industry safe, secure, profitable and environmentally sustainable.
My visit commemorates IATA’s history which began here. But even more importantly, it celebrates the amazing force for good that aviation has become in our world. This year 3.5 billion people and 50 million tonnes of cargo will fly. That’s about a million people a day over 50,000 routes. In doing so, we will support 58 million jobs and $2.4 trillion in economic activity. Over a third of the value of goods traded internationally are delivered by air.
Simply put, IATA was created here in Havana to support the air transport industry. Today air transport plays a critical role in the world’s social and economic development. It is undeniably a force for good in our world. Aviation creates value and makes our world a much more prosperous place.
Cuba’s air transport industry has tremendous potential. Even in my brief visit, I have come to realize that aviation could be contributing much more to Cuba. Look at tourism. Cuba welcomed a record 3 million tourists in 2014. But the Dominican Republic attracted 5 million. They are both amazing countries, but even just looking at Cuba’s size compared to the Dominican Republic indicates that it should be able to accommodate a much larger tourism industry than it does today. There is tremendous potential for growth of the inbound tourist market.
And it is the same for the outbound market. As you all know, restrictions on outbound travel were lifted a few years ago. We estimate that there were about 300,000 departures from Cuba last year—outbound travel. For a country of over 11 million people that is relatively small. And for sure it will grow as average incomes rise. We did a projection to 2034 and conservatively see the potential for one in four Cubans to be traveling by air at that time. Even if the population were steady—an obviously unrealistic expectation—that would see a market of 10 times the size of today in less than two decades.
IATA will have a relevant role to play in the growth and development of air transport in Cuba. I mentioned our financial systems. IATA operates global financial systems which, in 2014, handled some $388 billion. The bulk of this was in our Billing and Settlement Plan or BSP. That probably won’t mean much to you. But for airlines it is an indispensable enabler of their global business.
In markets around the world IATA helps airlines to do business by helping to facilitate the distribution of their product through travel agents. We accredit travel agents—to make sure that they have sound operations aligned with global standards. And we help facilitate the transactions between airlines and those travel agents through a standardized agreement and settlement mechanism. The latter is the BSP.
Agents are important distribution partners for airlines. About 60% of ticket sales are through agents on average—higher in developing markets. In Cuba we have 4 accredited agents with well over 100 branches across the country, but we do not yet operate a BSP.
We have been studying the market closely for an opportunity to start a BSP here. Today I am pleased to announce that we believe that the potential and timing is right. We hope to start BSP operations within 2016. Setting it up will no doubt be challenging. The banking system being one of them. But we will be working with our stakeholders—including Cubana and the government—to overcome these in relatively short order.
Direct scheduled air links are a much anticipated outcome of the thawing of relations between the US and Cuba. That will certainly create opportunities for growth. Establishing an IATA BSP in Cuba will be an important facilitator for growth in outbound ticket sales.
Another critical area where I believe that IATA can add value to the development of air transport in Cuba will be the infrastructure. The infrastructure in Havana is already struggling to cope with current volumes. The airport terminals and the airfield are in need of major upgrades.
IATA is not in the business of building or upgrading airports. But we do help airports and governments plan infrastructure developments. By bringing deep knowledge of airline and passenger needs we can ensure that the infrastructure investments deliver maximum benefit.
A big part of that is technology and process driven. That the industry is in a relatively early stage of development is actually an advantage. Because of the expected strong growth, to a large extent Cuba will have relatively “greenfield” opportunities. As a result, the implementation of global best practice technology and processes in Cuba has the potential to leapfrog to become a model in the region for modern air transport infrastructure.
What I am suggesting? Let me give you an example with one of our programs—Fast Travel. It is about self-service. We have developed global standards for check-in, self-boarding, self-bag tagging, etc. The efficiencies of these options pay for the investments in no time. Visitors to Cuba will already know what to expect. And as large numbers of passengers originating here are first-time travelers they can become accustomed to the new processes quite easily.
The potential is great. And in my meetings with the Tourism and Transport ministries I have emphasized IATA’s willingness to assist as Cuban aviation ramps up.
With that, I will close my remarks. I hope that I have stimulated some questions…which I look forward to responding to. 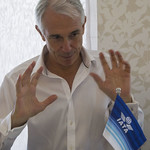 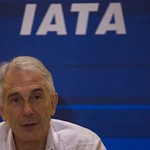