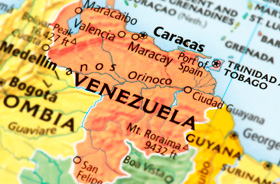 ​Miami - The International Air Transport Association (IATA) announced that it filed a request for antitrust immunity with the U.S. Department of Transportation to allow airlines to discuss options to maintain connectivity to Venezuela in light of the Venezuelan government’s continuing refusal to release US$3.8 billion in airline funds.

“The economic situation in Venezuela is grave. And it will be made worse if airlines cannot maintain connectivity as the blocked-funds issue drags on. Despite years of effort by IATA and its members to resolve the issue, there has been little action by the Venezuelan government. We are now asking the US government to approve anti-trust immunity for discussions among airlines focused on maintaining connectivity while the blocked funds crisis persists. This is an escalation of the industry’s efforts to find a solution to this untenable situation,” said Alexandre de Juniac, IATA’s Director General and CEO.

“To be clear, the intention is not to do anything that is anti-competitive. On the contrary, our member airlines seek to explore a global solution allowing them to keep Venezuela connected to the world and do business normally in a country that is not meeting its international obligations,” said de Juniac.

Venezuela’s refusal to allow repatriation of airline revenues contravenes its obligations under international agreements. Many bilateral air service agreements, for example, include provisions that require the timely repatriation of revenues to the home country of the air carrier. Bilateral investment treaties to which Venezuela is a party contain similar obligations.

Since 2003, Venezuela has operated a currency control system which prevents foreign airlines from repatriating their funds without government approval. By 2013, approvals to repatriate funds from Venezuela were not keeping pace with the amount of funds requiring repatriation and significant airline revenue accumulated in Venezuela. The situation became critical in 2015 when only one request to repatriate funds was approved. There has been only one approval in 2016. Airline funds blocked in Venezuela now total some $3.8 billion.

“With the economic challenges Venezuela is facing, the country needs robust air connectivity more than ever. But carriers have been forced to cut back services in light of blocked-funds issues. That, unfortunately, limits the important role that aviation could play in reviving Venezuela’s economy. We urge the US government to quickly grant airlines immunity to discuss joint action to keep Venezuela connected. That would help the Venezuelan economy and its people,” said de Juniac.