“Spirit of Change” Needed from Governments to Improve European Competitiveness 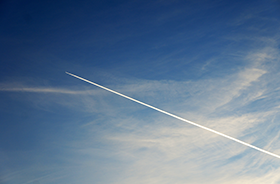 ​Madrid – The International Air Transport Association (IATA) called for a spirit of change from governments to capture the social and economic benefits of air connectivity, by enabling a more competitive air transport sector.

Today 8.5 million flights touch Europe each year. That activity supports 12.2 million jobs and $823 billion of European GDP. Those benefits have the potential to increase with the expected 50% growth in demand for air connectivity over the next two decades. To fully realize this potential Europe must address deep-rooted issues which hamper the competitiveness of Europe’s aviation sector. Chief among the concerns are the onerous regulation, high taxes, inefficient air traffic management, and a lack of sufficient infrastructure capacity.

“In 2037, 1.9 billion passengers should be traveling to, from and within this continent. That growth will create jobs and drive a modern economy. But these economic and societal benefits will only materialize if Europe provides a playing field on which its airline industry can be competitive. Governments must embrace a spirit of change in their policies and ambitions for aviation. If governments make the right decisions for aviation—effective regulations, fair taxes and efficient infrastructure—the competitiveness of the entire European economy will improve,” said Alexandre de Juniac, IATA’s Director General and CEO, in a keynote address to the inaugural IATA Wings of Change Europe conference in Madrid, Spain.

IATA also announced that it is developing a Competitiveness Toolkit, which will provide governments with an analysis of the strengths and weaknesses of their air connectivity. The analysis will be updated regularly, to enable stakeholders to measure progress. The first country report, for Spain, was published at Wings of Change, with key European states to follow in the coming weeks.

A four-point plan for improvements should be adopted without delay by the European Commission, States, Air Navigation Service Providers and their staff, comprising:

“This year’s ATM performance has seen delays at record levels. Passengers deserve better, and airlines cannot wait for the benefits of the Single European Sky program to materialize. Urgent action is needed today to ensure improvements are in place for next summer,” said de Juniac.

IATA and PANSA (the ANSP for Poland) jointly announced the publication of the Airspace Strategy for Poland, the first of the National Airspace Strategies that Poland, France, Spain, Bulgaria and Italy have undertaken to develop.

There is an urgent need to build more airport capacity, but IATA urged caution with the involvement of the private sector in running airports. And existing capacity must be handled with care. The European Slot Regulation, which is aligned with the Worldwide Slots Guidelines, has worked well to manage constrained airports in a way which ensures stable schedules while creating openings for new competition.