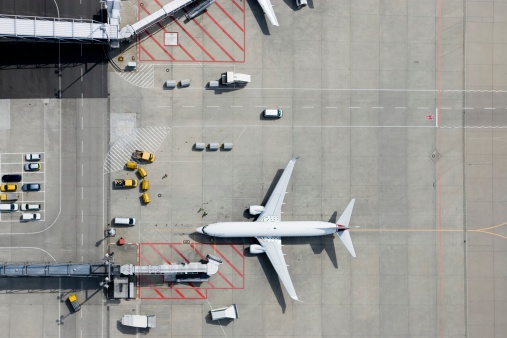 - The lack of leadership from the EC will not alleviate and could even contribute to the financial distress of airlines and the wider tourism industry.

- Unclear and non-binding EC recommendations will create further confusion for airlines and passengers at a time when clear, decisive regulatory action is urgently needed.

- Request of majority of EU Member States for an emergency amendment to Regulation EU 261 to defer immediate reimbursements has been ignored.

- A Recommendation which cannot be followed across the board will distort the EU’s level playing field.

(Geneva/Brussels) – Airlines for Europe (A4E), Airlines International Representation in Europe (AIRE), European Regions Airline Association (ERA), and the International Air Transport Association (IATA), representing the collective interests of European airlines, today decried unclear and non-binding guidelines from the European Commission on airlines’ use of refundable travel vouchers as an alternative to immediate cash refunds for flights cancelled as a result of the COVID-19 pandemic.

The latest EC Recommendation is disappointing and confusing both for airlines and their passengers because:

Faced with up to €9.2 billion in cash reimbursements through the end of May—due to a regulation which was never designed to deal with mass cancellations caused by a global pandemic—European airlines since March have urged the EC to propose an emergency amendment to Regulation 261/2004 in support of refundable travel vouchers, or delayed reimbursement of tickets, instead of the current seven-day reimbursement period.

“While passengers have a clear right to reimbursement of their tickets, we believe refundable vouchers, or a delayed reimbursement, represents a fair and reasonable compromise given the unprecedented liquidity situation airlines are currently facing”, said Thomas Reynaert, Managing Director of A4E.

No less than 16 EU Member States representing 70% of EU citizens have expressed their support for the temporary voucher solution. This is also the approach taken by other countries such as Canada.

“At a time when airlines are facing the greatest crisis in their history, we are disappointed and astonished that the Commission has ignored the request from the majority of Member States for a temporary amendment to Regulation 261/2004. Millions of jobs are at risk if airlines collapse. Action from the Commission now would safeguard consumer protection and help airlines through the current crisis”, said Rafael Schvartzman, IATA’s Regional Vice President for Europe.

By issuing unclear recommendations instead of the decisive regulatory action airlines so desperately need, more airlines may be forced into further financial distress, with up to 6.7 million aviation jobs at risk across Europe.

Montserrat Barriga, Director General, ERA said: “We don’t understand why the Commission has disregarded the recommendations from the majority of the Member States that have made it clear that connectivity, competition and consumer choice in Europe must continue. Amending EU261 is key to survive this catastrophic situation that will otherwise ultimately damage the consumer and lead to higher prices and fewer routes”.

“We needed strong leadership from the Commission, with unambiguous and identical rules for all airlines, big and small. We got the opposite. The Commission is even promoting market distortion”, said Sylviane Lust, Director General of AIRE.

The associations call upon the EU Member States in the Council to ensure that a harmonized approach to reimbursements and vouchers during COVID-19 is achieved through a temporary adjustment of the current passenger rights framework.