Building Back Better by Strengthening the Single European Sky Proposals 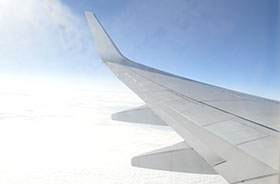 Europe’s airspace is congested and inefficient, resulting in increased costs, delays and emissions. The SES, a program to reform and modernize European air traffic management, has been on the drawing board for over two decades, but progress has been slow. In September 2020, the European Commission published new proposals to revive the SES and ensure much-needed environmental and economic benefits to Europe are realized. The opportunity to amend and strengthen the proposals now sits with the European Parliament and EU states.

“While there is much in this package to applaud, there is also room for improvement. The European Parliament and EU states should focus on what will help aviation build back better from the COVID-19 crisis. That means doing everything possible to reduce costs, cut emissions, strengthen safety and improve efficiency. It is what travelers expect and what airlines need,” said Rafael Schvartzman, IATA’s Regional Vice President for Europe.

In addition, airlines are concerned with proposals that airspace user charges could be modulated to try to manage congestion or emissions. Raising costs to cover up systemic inefficiencies is an unacceptable approach. Charging to try to affect behavior in this way could create perverse incentives that actually make emissions worse and increase congestion. The best way to reduce emissions is to eliminate wasteful route extensions by empowering the Network Manager to plan and coordinate the system and maximize efficiency.

“An independent regulator is absolutely essential to any meaningful attempt to improve service provision and efficiency of Europe’s air navigation service providers (ANSPs). The independent regulator must set its ANSP challenging performance targets and be given sufficient powers to act if they are not met, up to and including delegation of its service to another approved provider. The benefits for Europe are considerable if the SES is finally delivered: independent economic analysis shows that one million additional jobs and more than EUR 245 billion in economic benefit would be generated each year from 2035 by a fully optimized airspace,” said Schvartzman.