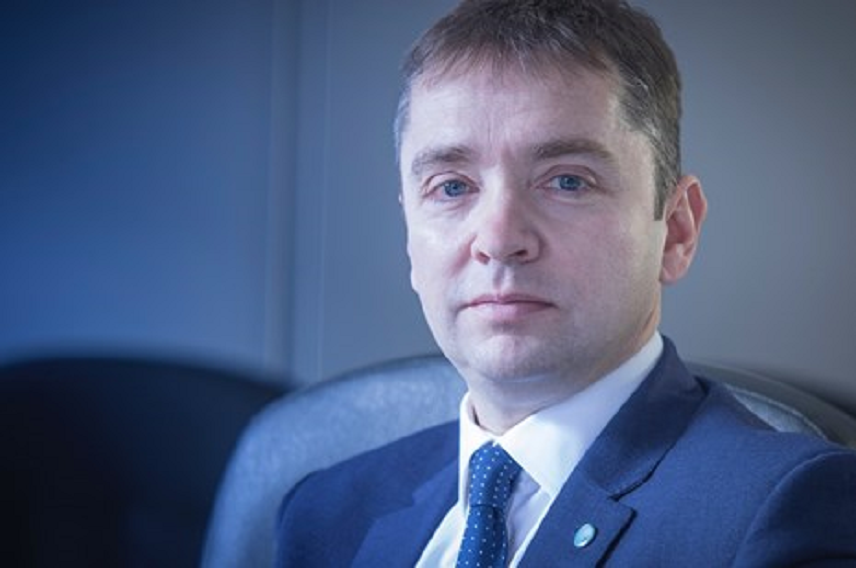 Simon joined IATA in 2019 as Area Manager United Kingdom and Ireland from Flybe, where he served as Director of Communications. Prior to that he was Director General of the European Regions Airline Association, a regional trade body representing 50+ regional airlines across Europe. Simon has a degree in Aeronautical Engineering from City University, London and an MSc from Cranfield University in Air Transport Management.

He currently sits in London where he covers the United Kingdom and Ireland. IATA member airlines in this cluster include British Airways, Virgin Atlantic and Aer Lingus as well as some lesser known, but just as important airlines, such as Eastern Airways in the UK and CityJet in Ireland.

Simon in his own words:

“I love aviation and would not want to work in any other business, it just would not have the same kind of appeal. It’s such a fast moving and changing industry that has reinvented itself in just the 20 years I have been involved in it, so it keeps it interesting! Aside from work and my family, I’m a keen sailor and regularly race as part of a 14-person crew on a 40ft sailing boat on the south coast of the UK. I’m also a UK Maritime and Coastguard Agency qualified Yachtmaster, meaning if all else fails, I sail off into the sunset!”

Simon, thanks for taking the time to answer our questions, particularly in such challenging times.

Much like the situation around the world, Covid-19 has been devastating for the UK and Irish airline industries. Demand for air travel stopped for all intents and purposes across just a few days back in March. Since then, the situation has been challenging and exacerbated by the fact that the scale and timing of the epidemic in the UK means the government has been slower to unlock travel. UK airlines will, as a result, be behind some of their major European competitors in restarting any form of significant operation.

It’s fair to say they were slow to start in the UK but very engaged from the word ‘go’ in Ireland. We have an excellent dialogue with the Irish authorities and their sensible and pragmatic approach has made things easier. In the UK, the crisis was handled from a domestic perspective only, meaning only UK stakeholders were invited to the table. IATA, by definition international, was initially not included in discussions with the government. However, after some intense advocacy (which is our job!) we are now at the table.

Our Organization is embedded in the UK Government’s Restart & Recovery Cell where we have contributed expertise and knowledge, and given the debate an international dimension. We’ve been helping develop policy on Travel Corridors, leading the development of an industry position on the topic. It has been a very positive engagement that has allowed IATA to voice its position, but there is still much more to do.

I think the UK is similar to other markets, when the crisis hit some airlines, these took the decision to stop offering cash refunds and propose vouchers instead, but it should be remembered that many did continue to offer full cash refunds and still do, though this is not a picture the media always reflects. Providing the passenger agrees, it is also perfectly legal under Regulation EU261 to offer a voucher. In the UK and Ireland, we worked closely with the national enforcement bodies and departments for transport to ensure our position was known and understood.

There was also a big role for IATA locally in the early days of the crisis to ensure that airlines, normally used to receiving money from agents through our Billing and Settlement Plan, were ready and able to pay the quite significant refunds that were due to agents in some cases.

The UK is several weeks behind the rest of Europe when it comes to restart purely due to the scale and extent of the epidemic. As explained, we are embedded in the UK Government’s Restart & Recovery Cell, and are pushing, along with the rest of the industry, to get the system going again. The cell is made up of all key government departments plus airlines, airports, ground handlers, manufacturers and unions.

In Ireland there is no formal restart group, but on weekly calls we are working closely with the Department for Transport to ensure they are linked into our work on restart, including our bio-security roadmap.

The UK has announced a set of bio-security measures which are very closely aligned with IATA’s own work on this, as we have been fully involved in their development.

The biggest challenge we have in the UK is that the Government has announced a 14-day quarantine for arriving passengers from 8 June. This is a huge blow for restart and we are opposing it at every opportunity we have with Government and in the media. It is subject to 3 weekly reviews and I am confident it will not last across the entire summer, but it does present a major hurdle for a meaningful restart.