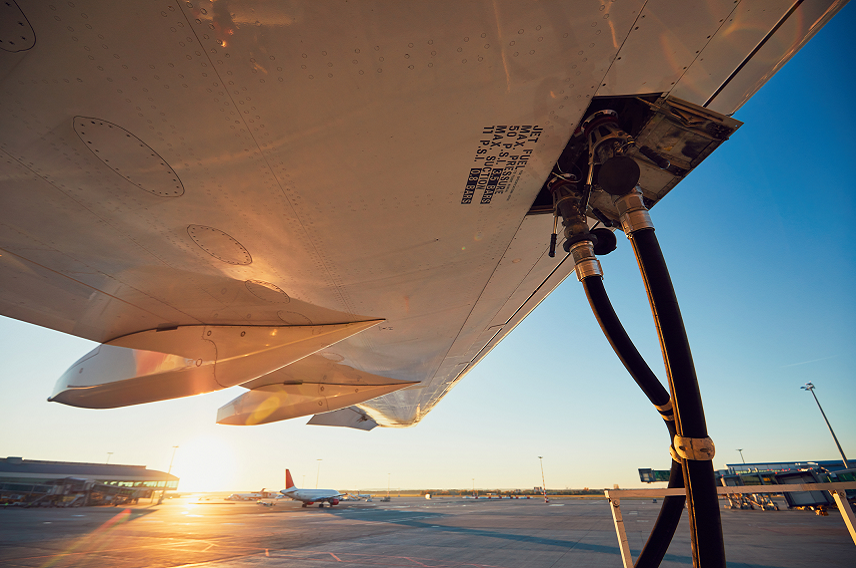 Sustainable Aviation Fuels - Aiming for a SAF and Sound Environment

As the conversation intensifies on climate change, the air transport industry is multiplying efforts towards becoming more sustainable. And Sustainable Aviation Fuels constitute one of the most efficient solutions to reduce the industry’s environmental impact.

Sustainable Aviation Fuels (SAF) can be described as any type of non-conventional combustible fuel capable of propelling an aircraft in an eco-friendlier manner than conventional fuel, including less CO2 emissions. It has been proved that lifecycle emission reduction can reach up to 80% in some cases. Furthermore, SAF contain less impurities such as Sulphur.

Where are SAF obtained from?

SAF can be obtained from a variety of materials ranging from cooking or plant oils, municipal waste, waste gases or agricultural residues, to name but a few (and do not include palm oil). The air transport Industry only uses sources which maintain an ecological balance and avoid the depletion of natural resources. The technology exists to deploy SAF, and the industry is actively pushing for this solution, particularly when large electric aircraft are still at a development stage.

What is the issue?

The aviation industry is committed to capping net aviation CO2 emissions from 2020 onwards, attaining neutral carbon growth. Moreover, it has also committed to halve its net emissions in 2050 vs. 2005 levels. For this ambition to materialize, SAF need to play a central role. So far, as of December 2019 215,000 flights have flown using SAF. It is a start but clearly, we must go much further. The industry is pushing towards a sustainable production of sufficient amounts of feedstock at affordable prices in order to deploy SAF at a large commercial scale. Governments must invest and enable the commercialization of SAF through proper policy.

February 24th, 2008 set a milestone as a Virgin Atlantic B747 flew on a blend of jet fuel and SAF, proof flying an aircraft with fuels obtained sustainably was feasible. However, it was not until 2011 that KLM flew the first commercial flight with paying passengers. Today, several airlines including United, British Airways and Etihad Airways have pursued their own partnerships with sustainable fuel suppliers. KLM is the latest to take this path. The Dutch airline has made a 10-year commitment including the development and yearly purchase of 75,000 tons of SAF. A new SAF facility, expected to be functioning in 2022, is being built in Delfzijl, Netherlands with the collaboration of SkyNRG and SHV Energy. It will join the current regular supply provided in some airports. According to the International Energy Agency (IEA), these include airports in Los Angeles, Oslo, Bergen, Brisbane and Stockholm. In 2018, KLM, through a Smart and Sustainable Plan, became part of a 20-organization-group aiming at making the aviation industry more sustainable and Dutch aviation one of the cleanest worldwide by reducing CO2 by 35% ahead of 2030.

“Airlines have made commitments worth around $6 billion to purchase SAF, and several are making exciting investments to increase supply. The first step is to get to 7 billion liters of SAF by 2025: this will create a tipping point that will start to see greater economies of scale, creating a virtuous cycle of supply and demand,” says Robert Boyd, IATA’s Senior Manager Aviation Environment.

SAF are getting more traction all around the air transport industry, which has identified this solution as a top priority in the quest to make aviation more sustainable and greener. Unfortunately, the gap between ambition and reality is still too wide. For this solution to become widespread –in other words financially viable for airlines and passengers- the industry needs governments to incentivize production in order to lower SAF prices.