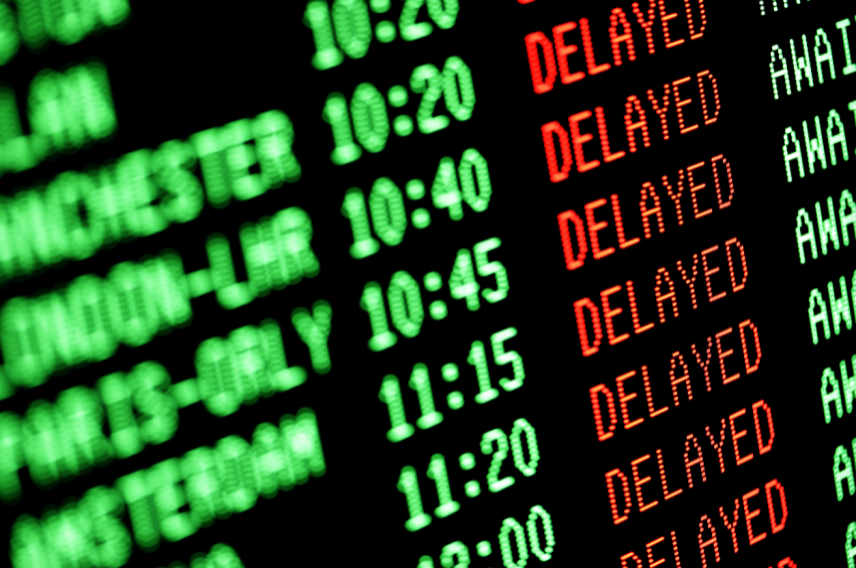 Weak Targets, No Ambition. Why airlines and passengers are set for more costs and delays from European air traffic management

Airlines and passengers are set for more air traffic control misery in the years to come, thanks to a lack of ambition from the European Union. The European Commission announced its targets for Air Traffic Management (ATM) performance this week. The reaction from the airline sector can only be expressed as that of deep dismay. The targets are simply nowhere near challenging enough.

The European Commission, to appease powerful member states, has proposed EU-wide targets at lower levels of ambition than have been set for nearly a decade. These will reward poorly performing Air Navigation Service Providers (ANSPs), whilst frustrating those that have delivered. They will not incentivize the performance improvements the European airspace network desperately needs, nor enable the delivery of the Single European Sky.

Rafael Schvartzman, IATA’s Regional Vice President for Europe, commented, “The European aviation system is creaking from a lack of capacity, growing delays, and excessive costs. The lack of an efficient ATM system is damaging the EU economy and continually inconveniences passengers. If a customer suffers constant poor-quality service from her mobile phone provider, she can switch to another provider. But airlines and their passengers have no choice but to use the European ATM network, which is why strict targets – and tough consequences for missing them – are essential if we are to get the service quality we need. The Commission is rewarding failure when it should be pushing for excellence.”

European ATM targets have been set for a decade. The proposal for the third reference period (RP3) runs from 2020-2024, and sets targets for safety, capacity, environment and cost efficiency.

Safety: The aviation system is safe, and ANSPs must share much of the credit for this. The professionalism of air traffic controllers is not in question. Nevertheless, both safety management effectiveness and risk analysis could still be improved and more ambition is needed to achieve this.

Capacity: Delays doubled last year and the average en-route delay per flight was 1.73 minutes, which is nearly 4 times the SES target. Passengers deserve better. There is no excuse for the increasing delays, as the predictions for traffic growth have been accurate. But more than a quarter of the planned investment which airlines have paid to ANSPs since 2012 has not been spent.
The targets for RP3 compound this problem by rewarding non-performing ANSPs and setting a bad example for the few who did deliver improved performance.

Cost-efficiency: At least half-a-dozen European airlines have gone bankrupt in the last 16 months, with many more in financial difficulties.  A benchmarking study, undertaken by the European Commission’s Performance Review Body, estimated that ATM savings of up to 30% are possible, which would make a genuine difference to hard-pressed European airlines. Instead, the Commission has proposed low level targets from an easy starting point which removes cost pressure throughout the reference period.

Environment: Climate change is an issue of critical global importance. Instead of seeking to implement environmentally ineffective and economically damaging taxes on passengers, European governments would be better focusing on improving ATM flight efficiency. Sadly, the RP3 targets proposed are the least ambitious option available, ensuring needless emissions will continue.

“Not only do these targets fail to tackle the immediate concerns of rising costs, delays and emissions, they also fail to bring us closer to a Single European Sky. The European Commission’s flagship project for the future connectivity of the continent will continue to stall unless they get a grip and ensure the carrot of a modernized European airspace is matched with a big stick to make ANSPs take action,” said Schvartzman.