Miami – The International Air Transport Association (IATA) announced an upward revision of its 2015 industry outlook to a $29.3 billion net profit. On expected revenues of $727 billion, the industry would achieve a 4.0% net profit margin. The significant strengthening from the $16.4 billion net profit in 2014 (re-stated from $19.9 billion) reflects the net impact of several global factors, including stronger global economic prospects, record load factors, lower fuel prices, and a major appreciation of the US dollar.

All regions are expected to see an improvement in profitability in 2015 compared with 2014.There are, however, stark differences in regional economies, which are also reflected in airline performance. “The industry’s fortunes are far from uniform. Many airlines still face huge challenges,” said Tony Tyler, IATA’s Director General and CEO.

Over half the global profit is expected to be generated by airlines based in North America ($15.7 billion). For North American airlines, the margin on earnings before interest and taxation (EBIT) is expected to exceed 12%, more than double that of the next best performing regions of Asia-Pacific and Europe.

“For the airline business, 2015 is turning out to be a positive year. Since the tragic events of September 2001, the global airline industry has transformed itself with major gains in efficiency. This is clearly evident in the expected record high passenger load factor of 80.2% for this year. The result is a hard-earned 4% average net profit margin. On average, airlines will retain $8.27 for every passenger carried,” said Tony Tyler, IATA’s Director General and CEO.

“Let’s keep things in perspective. Apple, a single company, earned $13.6 billion in in the second quarter of this year. That’s just under half the expected full-year profit of the entire airline industry. We don’t begrudge anyone their business success. But it is important for our stakeholders, particularly governments, to understand that the business of providing global connectivity is still a very tough one,” said Tyler.

At the industry level, a significant milestone has been achieved with an expected return on invested capital (ROIC) of 7.5%. For the first time, the industry-level average ROIC will be in excess of its cost of capital, which has fallen to 6.8% largely due to lower bond yields. This industry average is, however, dominated by airlines in the United States, which have benefitted the most from the fall in US dollar-denominated fuel prices, a strong local economy, and industry restructuring. The average non-US airline is still struggling with returns below the cost of capital and a significant debt burden.

All regions will see improved profitability in 2015 compared with 2014. They will also see capacity expansions but these are expected to broadly match the expansion in demand. This aligns with the global expectation for capacity to expand 6.2%, slightly behind the projected 6.7% increase in demand. Aside from these few similarities, the regions are expected to deliver widely divergent levels of profitability.

The airline industry continues to add value to its customers, to the wider economy, and to governments:

View the Economic Performance of the Airline Industry Report 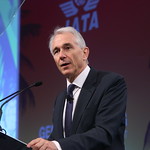