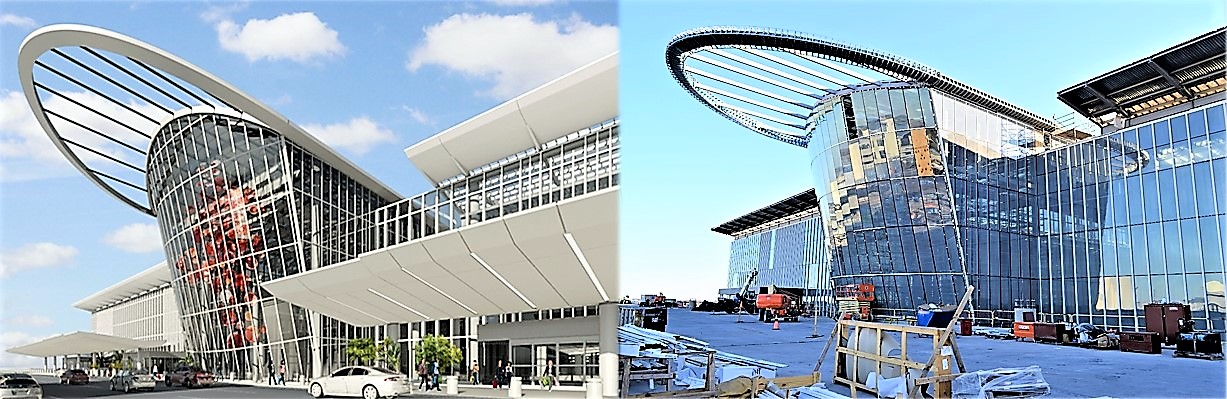 Then came 2020 and the aviation industry was dealt a blow, as was the world economy, with the arrival of COVID-19.   Being the #1 tourism destination in the United States, COVID-19 hit Central Florida tourism in mid-March 2020 with more force than a Category 5 hurricane and whose impact would be felt for an extended period.  It took three to four months before tourism giants such as Disney and Universal reopened their doors having adjusted their procedures and implemented new health protocols.

Gradually, MCO’s passenger traffic began to return.  With business travel taking a back seat to the leisure segment, and pent-up demand for Orlando helping to stimulate traffic, MCO’s passenger counts recovered better than most.  In fact, MCO has been one of the top five U.S. airports for departing passengers according to TSA security checkpoint counts for several months, including being ranked #1 since December.

MCO had been planning to open the South Terminal as a 19-gate facility capable of handling up to 23 aircraft depending on aircraft size. Construction was approaching 50% completion, but with airport revenue severely impacted by the pandemic, budget cuts were necessary, and so the South Terminal footprint was reduced to 15 gates with up to 18 aircraft parking positions.

Today the future of air travel in Central Florida continues to take shape at Orlando International Airport.  Construction of the new South Terminal has progressed past the 70% completion threshold.  Despite the challenges presented by the COVID-19 pandemic, crews have been working 24/7 to keep the project on schedule for an early 2022 completion.

The South Terminal is adjacent to the Intermodal Terminal Facility providing seamless integration of multimodal transportation, incorporating air, ground, and, with the arrival of Brightline in 2023, rail – making MCO the first airport in the U.S. to be served by intercity rail.

Innovative technological and customer convenience features in the South Terminal include: