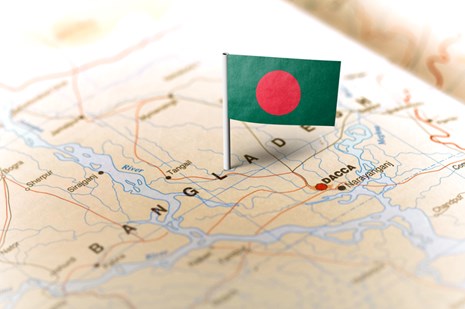 The International Air Transport Association (IATA) is urging the Bangladesh government to support the development of the aviation industry by removing the 15% Value Added Tax (VAT) on aeronautical and related services rendered by the Civil Aviation Authority of Bangladesh (CAAB) on international air transport.

“The air transport sector is a key contributor and enabler for Bangladesh’s economy. It generates US$769 million in Gross Domestic Product (GDP) and provides 129,000 jobs. However, the full potential that the air transport sector brings cannot be realized without a cost-competitive environment,” wrote Alexandre de Juniac, IATA’s Director General and CEO, in a letter to Bangladesh’s Prime Minister. According to IATA’s Value of Aviation Report for Bangladesh, the sector is expected to support US$2.1 billion of GDP and 140,000 jobs in 2038.

The IATA letter highlighted that the imposition of VAT on aeronautical charges for international air transport contradicts accepted policies and guidelines on taxation published by the International Civil Aviation Organization, the Organization for Economic Co-operation and Development, and the World Trade Organization.

“It is our strong contention that the aeronautical and related charges are VAT zero-rated and should not be subject to tax at 15%. This is because such services are directly related to, and necessary for, the operation of aircraft in international traffic and should not be considered as ancillary transport services,” wrote de Juniac. He pointed out that many jurisdictions, including Saudi Arabia, the United Arab Emirates, Bahrain, Singapore, Member States of the European Union, and Canada, do not subject most aeronautical charges and related charges on international air transport to VAT.

“We respectfully request you to direct the National Board of Revenue to rescind its decision to subject to VAT the various aeronautical and non-aeronautical charges levied by the CAAB on international air transport,” wrote de Juniac. Not imposing VAT on these necessary services in line with international standards will ensure the continued development of the air transport sector and its valuable contribution to Bangladesh’s economy.