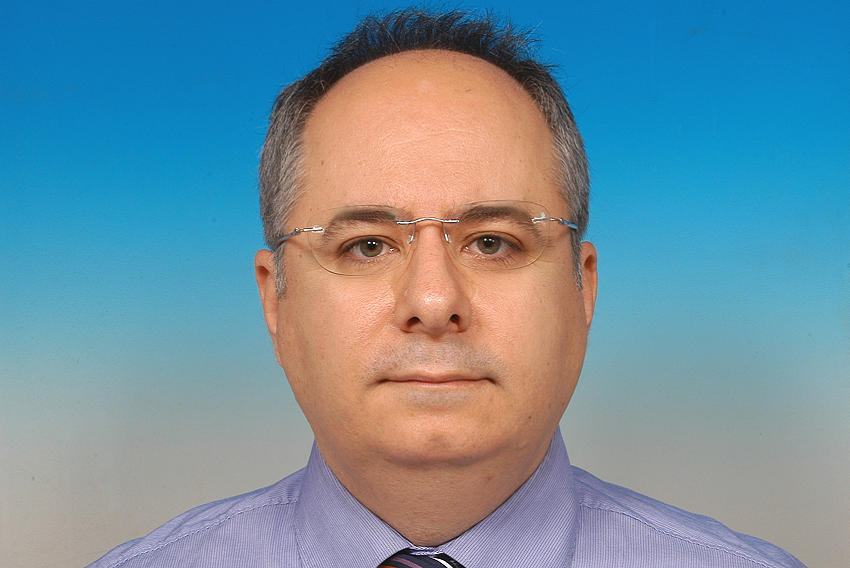 George joined IATA in 1992 as Accountant, after graduating from Piraeus University and working with Accounting and Auditing firms in Greece.

He currently sits in Athens where he covers all IATA activities for Greece and Cyprus, as part of the Southern Europe cluster. IATA member airlines in George’s area include Aegean Airlines, Olympic Airways and Cyprus Airways.

George in his own words:

“I studied Economics, specializing in the application of computer science to Economics. Before joining the aviation community, I worked in the maritime industry. At IATA, I have had the opportunity to work on a wide array of projects and activities including E-Ticketing, Bar-Coding Boarding Pass, Common Use Self-Service Kiosk, Baggage Improvement Program, Fast Travel, e-Freight, e-Remittances and various e-Services. Since 2014, I have held the position of Country Manager for Greece and Cyprus, managing all IATA and airline industry priorities and issues in these countries, working closely with the local airline communities to advocate and support the sustainability and development of the aviation industry in Greece and Cyprus. The challenge has been enormous, particularly stabilizing the IATA Settlement systems and overcoming the 2013 Cyprus crisis, the 2015 Greek crisis and BSP agent default management! In my off time, I truly enjoy travelling and exploring new destinations in Greece and Europe, but I have to say I am obsessed with the beautiful Greek islands!”

George, thanks for taking the time to answer our questions, particularly in such challenging times.

Greece and Cyprus were also badly hit by the Covid-19 crisis and suffered the mandatory restrictive measures applied by both states. Flights in Greece were reduced by almost 95% and Athens Airport was only connected to very few airports outside the country. The repatriation of Greek and Cypriot citizens was very difficult and extremely challenging, especially in some non-Europe repatriation cases.

Cyprus completely shut down the flights and only repatriation flights were permitted.

IATA estimates that passenger numbers in Greece for 2020 will be down around 52% (around 26 million passengers), which will impact more than 230,000 jobs and the cost for the Greek economy is estimated to be more than 9.2 billion Eur.

Both Greek and Cypriot governments catered to IATA and the general Airlines’ community needs, keeping an open dialogue and showing the understanding of the vital role aviation plays for both countries, as air connectivity is absolutely crucial to them.

Greece and Cyprus state representatives carefully examined the airlines’ views and arguments on the important topics of the industry, and we would like to take this opportunity to thank them for their cooperation and support, particularly under some very difficult and pressing circumstances.

Both countries voted some financial relief measures that partially supported local airlines, mainly to subsidize costs related to employees being temporarily laid-off as a result of the nearly complete paralysis.

Due to the severe financial impact on the airlines’ cash flow and bottom lines, we urge governments to support the airlines not only with loans but also with direct financial aid. So far, this support has been insufficient and not in line with what we have seen in other European countries.

The Refunds to passengers and to travel agents was one of the first urgent issues arising from this global health crisis. Governments, passengers and travel agents were informed of the huge impact of the refund liability for airlines, jeopardizing the survival of most airlines in Greece, Cyprus, and worldwide.

Both the Greek and Cypriot governments understood the exceptional circumstances, meaning immediate cash refunds to passengers should not be enforced. For this reason, they supported an amendment to the EU Regulation 261 to allow the delayed remuneration of the cancelled flights due to state restrictive measures.

For both countries the unpaid refunds are not a big concern, as a lot of airlines issued credit vouchers and most consumers understand the importance of this issue and want to travel and use these canceled tickets again soon.

The restart of operations and the economic activities are high on the agenda for both countries, after ensuring that the epidemiological data is sufficient to focus on this next step.

The Greek and Cypriot governments applied lockdowns and restrictive measures very early on, saving this way many human lives. As of beginning of June, Greece reported less than 180 deaths and Cyprus below 20.

The low Covid-19 cases and fatalities have enabled both countries to be able to consider the summer holiday season as a viable option, and we know how attractive destinations they are for travelers this time of year.

Greece has already announced the restart of international flights without quarantine measures from Athens and Thessaloniki Airport with almost 20 countries as of June 15. Covid-19 tests will only be performed on some passengers upon arrival, the use of face masks will be mandatory both at the airport and on board the airplane, and the middle seat can be used. After July 1, the same travel conditions and measures will be extended to all airports in Greece, and more countries will be added to the list of air corridors.

Cyprus announced the 1st round of the restart of flights June 9 to 19 with 19 countries. Conditions include testing negative for Covid-19, no quarantine on arrival, use of face masks. Middle seats do not have to remain empty on aircraft. After June 20, negative Covid-19 test will be required only for 6 of the initial 19 countries.

For both countries the details of the 2nd round of the restart phase and measures have not yet been announced. IATA and airlines request these States to apply the guidelines to ensure a harmonized approach so the industry can comply and implement all that is required to support the much-needed safe air transport restart.

For Greece and Cyprus, the tourism activity constitutes the most important contribution to GDP! According to IATA’s reports and analysis, before the Covid-19 crisis, air transport contributed more than 10% to Greece’s economy, and 20% to Cyprus’. And the least we can say is that aviation is a major enabler!

As a consequence, State authorities, in collaboration with all the tourism stakeholders, are focused on ensuring the best possible aviation recovery. Tourism relies more than heavily on aviation and connectivity, so Greece and Cyprus are focusing more than ever on putting in place the necessary measures in order to open up to other countries. Of course, governments are being extremely cautious, trying to guarantee the safest possible travelling conditions, which is a prerequisite to stimulate demand. This caution applies to the entire tourism ecosystem. Opening corridors and restoring passenger confidence will be key for aviation to deliver its benefits and enable to salvage the summer holiday season.