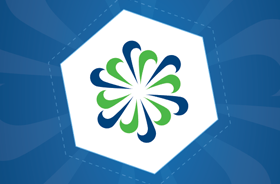 NewGen ISS was adopted by the Passenger Agency Conference (PAConf) in November 2017. It represents the most extensive and ambitious modernization of the IATA Billing and Settlement Plan (BSP) since it was created in 1971 to facilitate the global distribution and settlement of passenger funds between travel agents and airlines. In 2017, the BSP processed $236.3 billion in airline funds with virtually 100% on-time settlement.

"As the first market to implement NewGen ISS, travel agents and airlines in Norway are in the vanguard of a vital transformation to modernize the industry's settlement functions while ensuring the viability of the travel agent shopping channel used by millions of passengers every day. While Norway is a relatively small travel market, it is technologically advanced and has a history of embracing new solutions, making it the ideal environment to go live with NewGen ISS," said Aleks Popovich, IATA's Senior Vice President, Financial and Distribution Services.

Norway will also be the first market to roll out another vital innovation when the Transparency in Payments (TIP) initiative is launched there in April. TIP is an industry initiative focused on providing airlines with increased transparency and control in the collection of their sales through the travel agency channel. At the same time, it will enable travel agents to take advantage of new forms of payment for the remittance of customer funds. No form of remittance is barred by TIP, but travel agents can only use those forms to which an airline has previously given consent. Importantly, if an airline consents, TIP allows travel agents to use their own credit cards - previously not supported in the BSP.

"NewGen ISS go-live in Norway represents the culmination of years of planning, engagement and effort with participants across the air travel value chain, including airlines, travel agents, and IT and system providers. Congratulations to all our partners in Norway who have worked with us to achieve this milestone," Popovich said.