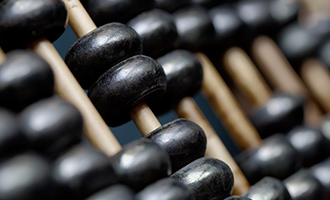 Aviation supports trade, employment and economic growth. In 2020, airlines and their customers are forecast to generate $136 billion in tax revenues.  That’s the equivalent of 45% of the industry’s GVA (Gross Value Added, which is the firm-level equivalent to GDP), paid to governments.

Unwarranted or excessive taxation on international air transport has a negative impact on economic and social development.

IATA is appealing to governments, as part of a worldwide campaign, for emergency government intervention as airlines fight for survival due to the collapse in air travel as a result of the COVID-19 crisis.

IATA called for tax relief: Rebates on payroll taxes paid to date in 2020 and/or an extension of payment terms for the rest of 2020, along with a temporary waiver of ticket taxes and other Government-imposed levies.

Find out more on our COVID-19 Media kit.

IATA, in conjunction with its industry partners, is committed to ensuring that airlines are subject to fair and efficient taxation measures with respect to their operations, regardless of location. ​

IATA works with the airline industry to ensure that government authorities worldwide honor and adhere to the International Civil Aviation Organization (ICAO), the Organization for Economic Cooperation and Development (OECD), and the United Nations taxation principles. In this regard, IATA is actively involved in a range of activities including:

Various forms of taxation impact the success and growth of the aviation industry. The demand for air travel is highly sensitive to changes in prices. Inefficient and burdensome tax measures that increase the cost of air travel will have a negative effect on demand. This, in turn, will hamper economic growth.

Learn more about IATA’s positions on various forms of taxation impacting the industry:

The Government of Malaysia has proposed the introduction of an Air Passenger Departure Levy on departing international traveling as of June 2019. IATA opposes this tax and has submitted a letter to the Minister of Finance requesting reconsideration on the imposition of this tax.

In response to reports in the local media IATA has prepared this position paper, which outlines the reasons why levying a discriminatory Tourism Tax on an enabling sector like aviation is an ineffective and ill-conceived policy choice, that will inevitably have a negative impact on the local and wider economy of New Zealand.

Following reported discussions on a potential imposition of a Tourism and/or Solidarity Tax in Japan, the International Air Transport Association (IATA) has prepared this position paper (pdf) and letter to the Minister of Land and Transportation (pdf).

IATA recognizes the importance of the Canadian Federal Government’s initiative to reduce national greenhouse gas emissions. The commercial aviation industry first developed a set of goals for a responsible, cross-sector approach to our share of the climate challenge in 2008. In the eight years since, we have witnessed a substantial shift towards collaboration on climate-related projects between industry partners and government regulators.

As stated in our submission to the proposed scheme (pdf), IATA firmly believes that international and inter-jurisdictional domestic air transport should be excluded from the scope of provincial carbon taxes/levies and cap and trade regimes.

Increase in the passenger movement charge in Australia

The Australian Government recently announced a proposal to increase the Passenger Movement Charge (PMC) from AUD 55 to AUD 60 per departing international passenger. This proposal not only contradicts ICAO and international standards on taxation, but more broadly, will have a negative impact on Australian economy. IATA submitted a letter opposing the increase (pdf) and has called for a full review of the rationale of the PMC with a view to its abolition.

The Norwegian Government recently announced that it was planning on introducing an air transportation tax equivalent to NOK 80 on departing passengers on both domestic and international flights effective 1 April 2016. Further, we understand that this tax is to be subject to Norwegian VAT at a rate of 10% for domestic flights. This tax directly contradicts ICAO taxation policies and will have a detrimental impact on the Norwegian economy if implemented.

In December 2015, IATA submitted a letter to the Norwegian Minister of Finance (pdf) challenging the imposition of the air transportation tax and calling for its repeal.

IATA continues to strongly oppose and challenge this tax on economic and tax policy grounds and requests that the tax be withdrawn.

In a recent development IATA and other European Aviation associations have sent the attached letter(pdf) to the Norwegian government expressing their continued strong opposition to the proposed passenger tax.

The Civil Aviation Authority Bangladesh and the National Board of Revenue is contemplating the levying of VAT on various aeronautical and non-aeronautical charges with retroactive effect dating back to FY2009-10. This treatment directly contradicts ICAO taxation policies on international air transport.

We have been liaising directly with the Bangladesh Government and local industry associations (e.g. BAR-Bangladesh) to remove the imposition of VAT (pdf) on these charges. IATA has also provided comments to the Ministry of Finance (pdf) on The Value Added Tax and Supplementary Duty Act.

IATA has submitted new correspondance on the VAT regime in Bangladesh to the Chairman of the National Board of Revenue (pdf) and to the Minister of Finance (pdf).

The Kingdom of Tonga is levying a departure tax of TOP 100 (approx. USD 50) on international travel from Tonga in order to fund services related to the 2019 Pacific Games. Such a tax directly contradicts the Chicago Convention and ICAO taxation policies on international air transport. The resultant average fare increase of 13.4% for a one-way ticket out of Tonga could negatively impact the Tongan tourism industry

IATA has been liaising directly with the Tongan Ministry of Finance and National Planning with respect to the removal of the departure tax.

IATA submitted several formal communications to the Tongan Government in June 2015 outlining the departure tax’s violation (pdf) of standard international principles of airline taxation and the negative economic consequences of the tax.

Read more about our taxation policies in our archive of reports.

Each year, IATA and the Industry Taxation Working Group (ITWG) bring together the aviation taxation community to discuss and define the key issues, campaigns, policies, emerging trends as well as to identify and set out the priorities for action. This event also provides a unique networking opportunity.

This year, the meeting will take place on 28-29 September 2020 at JW Marriott Marquis Dubai, UAE, during the 2020 World Financial Symposium (WFS).

Additional details on the agenda and specifics around the various meeting sessions will follow closer to the date of the event.