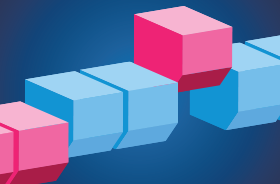 Geneva - The International Air Transport Association (IATA) released data for global air freight markets showing that demand, measured in freight tonne kilometers (FTKs), rose 2.1% in July 2018, compared to the same period the year before. This was the slowest pace of growth seen since May 2016 and well below the five-year average growth rate of 5.1%.

While the temporary grounding of the Nippon Cargo Airlines fleet may have exaggerated a slowdown in growth at the beginning of July, there are three indications that slower growth will continue:

“July demand for air cargo grew at its slowest pace since 2016. We still expect 4% growth over the course of the year, however the downside risk has increased. The tariff war and increasingly volatile trade talks between the world’s two largest trading nations – China and the US - are rippling across the global economy putting a drag on both business and investor sentiment. Trade wars only produce losers," said Alexandre de Juniac, IATA's Director General and CEO.

Asia-Pacific airlines saw demand for freight lose momentum in July 2018. Growth slowed to 0.9% compared to the same period last year. Capacity increased by 3.9%. As the largest freight-flying region, carrying one-third of the total, the risks from protectionist measures impacting the region are disproportionately high.

North American airlines’ freight volumes expanded 2.6% in July 2018 compared to the same period a year earlier. Capacity increased by 4.0%. The recent momentum of the US economy and the US dollar has helped strengthen demand for air imports. A sharp pick-up in supply chain bottlenecks, which is typically alleviated by the speed of air freight, may also be benefiting the demand.

European airlines posted a 2.6% increase in freight volumes in July 2018. This is a significant slowdown from the five-year average annual growth rate of 5.6%. Despite this and the weakening of manufacturers’ order books, seasonally-adjusted air freight volumes have resumed their upward trend in recent months. Capacity increased 4.4%.

Middle Eastern carriers’ carriers posted the fastest growth of any region in July 2018 with an increase in demand of 5.4% compared to the same period a year earlier. Capacity increased 6.3%. Seasonally-adjusted freight volumes continue to trend upwards, however, at a comparatively modest pace by the region’s standards.

African carriers saw freight demand contract by 8.3% in July 2018, compared to the same month last year. This was the fourth time in five months that demand contracted. Capacity decreased by 0.7%. After a surge in international FTK volumes last year, seasonally-adjusted international freight volumes have now trended downwards at an annualized pace of 18% over the past six months. This reflects a softening in demand on markets to/from Asia and the Middle East.

Take a look at our Air Freight Performance infographic (pdf)