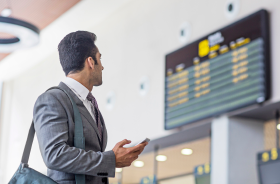 Demand for domestic travel climbed 2.8% in April compared to April 2018, down from 4.1% growth in March year-over-year. The slowing trend is being driven primarily by developments in China and India discussed below. Capacity increased 3.2%, and load factor slid 0.3 percentage point to 83.2%.