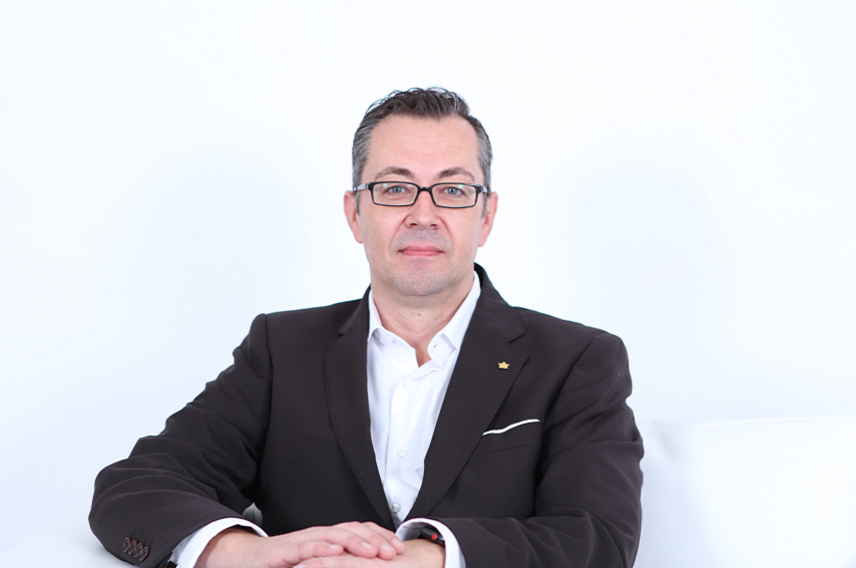 Mathias joined IATA in 2001. Based in Frankfurt, Germany, he manages together with his team the Association’s activities in Germany, Austria, Switzerland, Liechtenstein and Luxembourg. IATA member airlines in this cluster include the Lufthansa Group, Condor, DHL (EAT), Hahn Air, TUIfly, Cargolux and Luxair.

Mathias in his own words:

“Born September 3, 1969 in Frankfurt am Main, Germany, I am married and have an adult son. After studying engineering, I began my air traffic management career in the 1990s with Swissair and US Airways, after which I worked for several years in an IT consulting company, playing a key role in the development and global marketing of business intelligence solutions on behalf of IATA. Aviation is actually my second career after having worked in the chemical industry until the late eighties. When I then did my military service at the German Air Force, the smell of kerosene got to me and changed my professional path completely. Since then, I’ve been fascinated by the aviation world.”

Mathias, thanks for taking the time to answer our questions, particularly in such challenging times.

The crisis has hit the industry quite heavily and many stakeholders underestimated the magnitude of the shock. In fact, airline operations almost came to a full standstill. Very few scheduled passenger flights have been maintained out of major gateways, and of course cargo operations took on a whole new meaning.

Germany acted very quickly and launched the biggest ever state aid program in its history, literally in days. This program of course didn’t particularly focus on the air transport sector. However, our sector benefited from various tax relief schemes, short-time work arrangements or financial aid such as bridge loans. Individual companies have been granted packages up to EUR 9 billion. In the other markets, governments reacted quickly and supported the local economies and societies with appropriate aid measures, underlining the importance of air transport.

Due to the size of my markets, refunds were indeed a crucial issue. Airlines’ cash-flow was at stake since no revenues came in through new bookings. Simultaneously, millions of Euros had to be refunded to passengers for cancelled flights, while airlines’ fix costs were threatening their financial sustainability. Nobody could foresee such a development. Moreover, the IATA settlement operations were not designed for such extreme situations. All this created a very difficult framework for all parties involved. Luckily, airlines in my markets entered the crises with a solid financial position, thanks to several profitable years prior to the global pandemic. This has helped bridging the cash-flow until financial aids kicked in.

Even during these extremely difficult times – airlines were willing to protect the integrity of the IATA settlement systems and provided financial securities for ticket refunds to travel agents. In several cases, multi-million cash deposits were received within days. We were very pleased to see that there were no significant settlement issues in the Billing and Settlement Plans (BSP) at all during the refund period.  Many countries supported a voucher solution instead of cash refunds. However, the EU Commission decided otherwise.

The German industry was very proactive and formed a “Take-off Team” to deal with re-start plans. This group, lead and managed by the German Aviation Association (BDL), consists of industry experts including medical advisors and trade associations. One of its main roles is to prepare recommendations for politicians and administration in close cooperation with regional and international organizations. In the other markets that make up my cluster, such dedicated re-start groups do not exist, but local stakeholders are of course coordinating their activities to get the “birds” back in the air as quickly as possible. IATA has been involved in all markets working on various activity streams.

Waiving quarantine requirements as quickly as possible and moving to a risk-based assessment of travel restrictions and border management processes. We need to regain passenger confidence. If people have to face quarantine when entering a country, they will ultimately not fly. The difficulty lies in the diverse impact the coronavirus had and continues to have in the different countries. Health measures taken my governments vary as well. However, as soon as the situation allows, markets need to be re-connected again to allow the flow of people and goods. The German government is currently holding bilateral talks with dozens of countries to reopen borders ahead of the upcoming holiday season. The general travel warning issued by the Foreign Office is waived for the EU/Schengen area effective mid-June. However, for the majority of international destinations, the situation has not yet changed and the general travel warning will remain until the end of August, unless agreements with individual states are put in place. We can only hope that this process is given maximum priority by the Government over the next weeks. In the meantime, airports and airlines are prepared to deal with new standards and hygiene measures. We’re all pretty much ready for take-off – now it’s on governments to agree on conditions for opening markets again in a coordinated manner.

That’s a tricky question. Initially, the German presidency was set to focus on issues such as the revitalization of the Single European Sky, the revision of the Passenger Rights Directive (EU261), Brexit and the Green Deal. Due to Covid-19 related circumstances, scheduling in person conferences such as the Trilogue will remain very challenging. Everything needs to be organized differently, and it might take time until we can adapt to the ‘new normal’. I believe priority will now be given on crisis management, exit strategies, the European institutions’ ability to act, and rebuilding the European economy. Vast program!