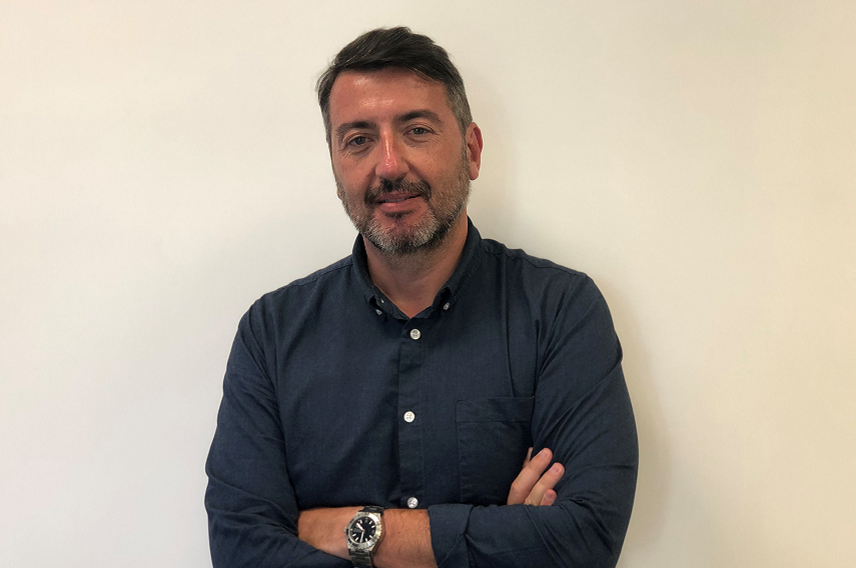 Dino Bossa joined IATA in 2002 as Regional Manager, Adriatics, after studying in Rome and London, and acquiring professional experience with Britannia and British Airways, Milan Airports, and the European Commission.

Dino Bossa in his own words:

“I grew up as a daydreamer looking up at the sky near Rome, in a little town called Fiumicino, home to the city’s major airport, and with 70% of its population working in aviation. Looking back, I started in aviation from birth! After I was done daydreaming, I obtained a grant and moved to London to complete an Economics degree at City University. Whilst studying I started as a part-time cabin crew with Britannia Airways and then British Airways, which helped me discover heavy duties, unsociable hours, but also the opportunity to discover nature in Canada, snorkel in the Caribbean Sea or do rafting on the Zambezi River! I then resigned and drifted to Brussels where I worked at the (then) airport policy unit of the Air Transport Directorate, getting an insight of the EU institutions and making regulations as I dealt with the drafting process of the first Directive on airport charges. Next stop on my aviation tour: Milan, where I joined the commercial division of the airport authority… before returning to London where I held different positions at British Airways’ headquarters, ranging from procurement to cargo and alliances. I then completed my MBA at Warwick University, including a dissertation on airlines’ strategic partnerships and alliances. In 2002, I joined IATA and haven’t left since! Despite living in different countries and much traveling, I have not gotten rid of my travel bug and do not regret the curiosity it inspires, much the same way as I daydreamt looking up at an aircraft in the sky as a child in Fiumicino.

I have 2 children, Giorgia and Riccardo, both of them Brexit-proof thanks to their British and Italian passports. I enjoy playing tennis, learning a few words of various foreign languages, skiing (or at least until I broke the same leg twice!), and cooking. For the latter, as cabin crew, I even ended up giving passengers on board a flight at 30,000 feet a quick instruction class on cooking pasta properly, after overhearing a lady sharing with her friends her recipe of bringing pasta to the boil from cold water, before adding ketchup!”

Dino, thanks for taking the time to answer our questions, particularly in such challenging times.

The Covid-19 crisis drastically affected the countries in my area, as it has the whole globe. Italy was the first country in Europe to be hit in such large proportions, paying a terrible price in human lives. The social and economic impact is immense. The Government, in an unprecedented unfolding of events and infections, had no benchmark to look up to, nor did it receive any harmonized support from the international community. It therefore had to make quick, radical decisions, and implement measures in complete darkness.

In terms of air transport, since the end of February, the drop in traffic and revenues has been dramatic. Our members’ total revenues from air ticket sales dropped over 90%. Many airlines were forced to stop commercial operations, focusing only on rescue, repatriation, and first-aid flights. Cargo traffic proved to be strategic thanks to the shipping of emergency-related goods and pharmaceuticals.

The Italian Government was the first one in Europe to implement a lockdown policy. Since early May, we have witnessed a gradual easing of lockdown measures, with a strong emphasis on securing public health and restoring public confidence. The ‘health vs. economy’ issue is very tricky to manage, particularly under evolving and often unknown variables. To stabilize then stimulate the economy ahead of a forecasted economic recession, most governments have provided financial support, rapidly deciding to offer emergency financial relief and aid measures.

At IATA, we have actively cooperated with governments, agencies, and other key stakeholders, providing global data, forecasts and information, and pushing for harmonized approaches. This was recognized by  unprecedented coverage and mentions in national prime televisions and media. Our member airline CEOs and top management have also been contacting us regularly to obtain and exchange updates, information, and action plans.

In Italy, IATA was part of the air transport restart group chaired by the Italian Civil Aviation Authority (CAA). We were able to provide support and contributions in many areas such as slots, vouchers, taxes, regulations and restart measures.

From the beginning of the crisis, emergency government decrees and CAA guidelines enabled vouchers to be processed within 30 days for both packaged holidays and air tickets refunds at the carrier’s choice. This excellent initiative, which was advocated for alongside other European countries, is unfortunately not aligned with the provisions of EU261 on passenger rights, which, as a Directive, takes precedence over local legislation. In the next few weeks, this misalignment will be reviewed in Italy and Greece. The Italian antitrust authority has already issued an initial warning to the Parliament, and Travel Agents Associations have raised concerns over the speed at which airlines are processing refunds through our systems. They do however realize the operational burdens and challenges in these difficult times. Agents themselves have mostly being issuing vouchers to consumers during the crisis. Associations in most countries have also positively acknowledged the processes and actions IATA has undertaken to safeguard the integrity of our global financial systems, voicing appreciation for the constant open dialogue and exchange of updates we have shared with them during the crisis.

As most lockdown measures are gradually being lifted, there is still a conservative approach when it comes to the most immediate decisions affecting restart. The Health Authorities tend to be getting the final word over other Ministries or Government Agencies. As Covid-19 infection figures continue to decrease, people and businesses are expressing a careful and cautious desire to restart activities and regain the lost ground during the crisis. In parallel, bureaucracy, ambiguity caused by overly fragmented measures, and the lack of quick and effective international cooperation and harmonization, increase the sense of uncertainty. We have unfortunately too often witnessed inefficient, complex, inconsistent, and isolated approaches in the past, and a global or at least European common approach and implementation is key for this much needed restart. We cannot delay even further the already slow-paced recovery of an industry practically at a standstill for months.

From an operational perspective, onboard physical distancing was initially the most important gap between Italian legislation, industry recommendations, and the EASA/ECDC guidelines. Fortunately, thanks to a much necessary level of partnering between key stakeholders which opposed this, the distancing initiative was then rectified. Safety has always been the industry’s number one priority, one that is embedded in its DNA alongside security. In order to ensure a safe and sound restart, and for air travel demand to reignite, airlines must be allowed to operate sustainably with clear, harmonized, and common sense proofed conditions. This would benefit first and foremost passengers, but also society, the entire air transport and tourism value chain, preserving jobs and benefiting the wider economy.

The speed of recovery also depends on a series of economic and financial factors. Due to time constraints, immediate financial measures were put in place initially ahead of real structural changes. These measures have taken the shape of temporary reliefs, delayed payments, loans, and some aids. EU and individual states public funding for the airlines and the industry has proved to be quite a complex issue, with a very heterogeneous outcome across countries and carriers.

In a country like Italy where kissing and hugging amongst family and friends is often the first and last greeting gesture, and social interaction is such an integral part of the culture, the severe lockdown and its aftermath constitute a very important social challenge. The population is now reacting in different ways. On one hand, people cannot wait to leave behind strict rules, wishing to quickly regain freedom, the ability to travel and gather at concerts or events. On the other, some people are now extremely cautious following the shock caused by the amount of deaths and medical risks, and would prefer to maintain some if not most of the same behaviors or measures observed or implemented during lockdown. Nonetheless, most people stand somewhere in the middle, wishing for a cautious restart following official guidelines as new measures evolve and unfold. These trends are not yet reflected in aviation as flights are still mainly domestic and many countries continue to impose restrictions, rendering free movement impossible. Once these limitations are lifted and public health confidence is restored, airlines’ pricing strategy will play a decisive role.

In Malta, an island-State that depends more than heavily on aviation, the Government has announced the reopening of flights from July 1. These are only operational with a select list of countries and territories, based on a Covid-19 risk profile. Some large European countries did not make the list, others did, but with restrictions and conditions.  For example, passengers from some Italian regions are allowed in with no restrictions, while others are not. Again, the risk of advancing with such unharmonized measures is important, and will very likely affect tourism, particularly the upcoming summer season, as well as the whole economy. The earlier the pandemic is under control, the better for everyone.