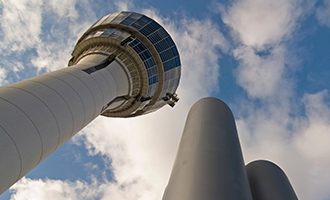 ​​​As air traffic grows, so does the need for efficient, globally harmonized and interoperable Air Traffic Management (ATM). We are seeking a structured and globally harmonized ATM framework, supported by a cost-effective and sustainable Communications, Navigation and Surveillance (CNS) infrastructure.

Complementary to the ICAO Global Air Navigation Plan (GANP), the IATA User Requirements for Air Traffic Services (URATs) (pdf) is meant as a reference for airlines and ANSPs when determining airline infrastructure requirements/capabilities for air navigation services. It also includes IATA's positions on the various communications, navigation and surveillance technologies.​​​​​

European Air Traffic Management inefficiency is costing EUR 5 billion extra a year to airlines and passengers. The failure to make significant progress on the Single European Sky is causing wider damage to the European economy through delays. To stay updated on what is being done in the field follow our European Airspace Modernization blog.

IATA, with the Association of European Airlines (AEA) and the European Regions Airline Association (ERA) has published ‘A Blueprint for the Single European Sky’ (pdf). This report outlines a clear roadmap towards achieving the SES goals for costs, safety, capacity and environment impact. The analysis shows that there is no insurmountable technical obstacles, but there are three key reforms that the airline industry regards as essential to achieving the SES.

Learn more about airspace modernization in Europe with Airlines. Magazine.

The benefits of the enhanced capacity of NextGen in the United States have been estimated at $77 billion from reduced delays over the period 2011–2030. There will also be significant CO2 reductions. Sequestration has forced the Federal Aviation Administration to prioritize, however, and progress has not been as fast as expected.