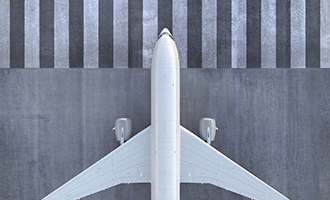 ​The IATA Operational Safety Audit (IOSA) Program is an internationally recognized and accepted evaluation system designed to assess the operational management and control systems of an airline. The IOSA audit creates a standard that is comparable on a world-wide basis, enabling and maximizing the joint use of audit reports. This has saved the industry over 6400 redundant audits and continues to lead to extensive cost-savings for IOSA participating airlines.

IATA is working to ensure the IOSA Program continues to meet industry needs during the COVID-19 crisis.
Measures have been taken to assist affected airlines. For this purpose, a program option called ‘Extenuating Circumstances for Audit Conduct’ was developed, as well as the upcoming IOSA Support Program.  Adjustments may be added if necessary.
Relevant documents, such as Operator Alerts and Temporary Revisions to the IOSA manuals are available in our documentation site. Subscribe here to receive notifications when a new document has been released. For questions or comments, contact us at iosa@iata.org.

IOSA has become a global standard, recognized well beyond IATA membership. As of June 2020,  139 (32%) of the 437 airlines on the IOSA Registry are non-IATA member airlines.

Benefits for Airlines and Regulators

The IOSA vision: to be the leader of operational safety auditing in an accident-free world

The IOSA Standards and Recommended Practices (ISARPs), as published in the ISM, are applicable only to an operator that operates a minimum (i.e. one or more) two-pilot, multi-engine aircraft that have a maximum certificated takeoff mass in excess of 5,700 kg (12,566 lb) for the conduct of:

During an audit, ISARPs are applied only to those aircraft that are of the type authorized in the Air Operator Certificate (AOC) and utilized in commercial passenger and/or cargo operations. Other owned or leased aircraft that are not of the type authorized in the AOC and/or not utilized in commercial air transport operations, will not be evaluated during an audit as they are considered outside the scope of IOSA. However, the existence of such aircraft will be referenced with an explanation in the IOSA Audit Report.

To become and IOSA registered Operator, please follow the below steps to complete your application:

Before the end of the IOSA registration validity period, it is important to reschedule and successfully complete a Registration Renewal Audit:

For further details on the IOSA Registration process, please refer to the IOSA Program Manual (IPM).

For any questions, please refer to the IOSA Repository User Guide (pdf) or contact us directly as iosa@iata.org.

Non-IOSA registered entities: please complete this request form (doc) and return it to the IOSA team.

The ISM is now available in XML Format

The IOSA Standards Manual (ISM) is now available in XML format for easy integration into your audit management system. E-mail us at ismxml@iata.org and we will be pleased to provide you with the licensing option most suited to your needs. The PDF version of ISM will continue to be offered free of charge.

Today we have more than 50 airlines utilizing our XML format IOSA Standards Manual.