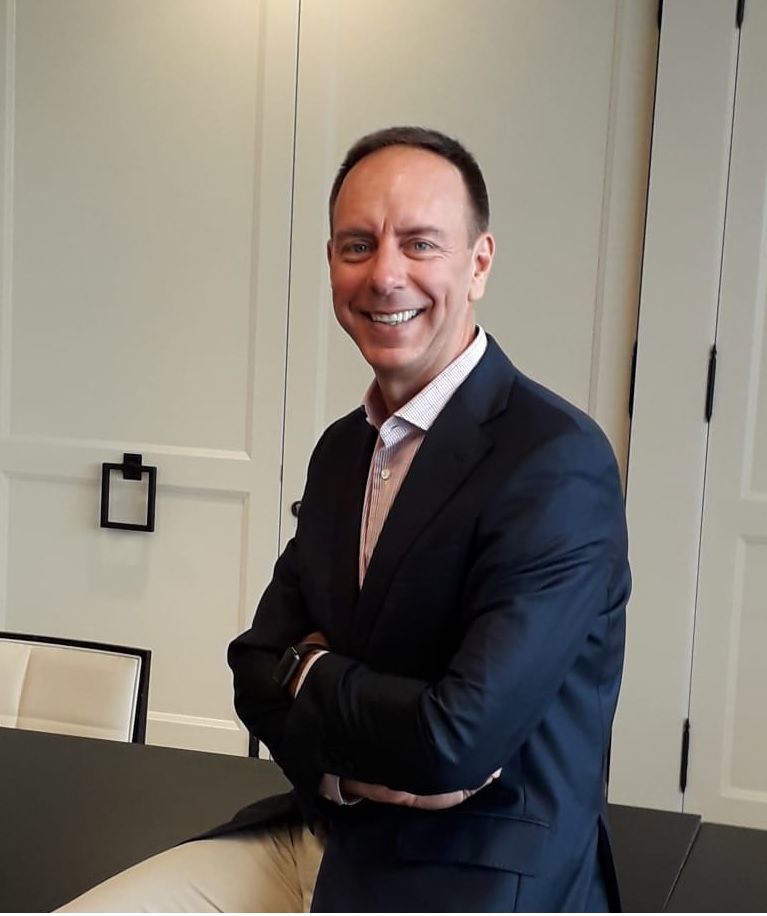 Recent developments in Latin America have resulted in disruptions in various countries leading to social, political, economic instability and unrest, and brought our region to the global media spotlight, specifically with the cancellation of the COP25 summit in Chile.

While the specific reasons behind the protests in countries like Chile, Ecuador, Bolivia and Colombia vary, the overall theme calls for more social and economic equality amongst all citizens. I truly believe air transport can play its part in bringing even more economic and social benefits to the region by making air travel affordable for everyone and attract more tourism and business opportunities. The below chart shows the average trips per capita per year for the major countries across the Americas, including Spain as a comparison. So while the average Spaniard takes more than four trips per year, the average Brazilian only travels once every two years. In countries with large populations like Brazil and Mexico, the potential to bring travel to more passengers is tremendous, which would result in economic and social benefits for the respective countries.

But specifically with these recent demonstrations and political instabilities, the operating environment for our members in Latin America remains highly volatile. On top of the already difficult situation, the global economic climate seems to be shifting, indicating a possible recession or at least an economic slowdown globally. As shown below, Latin America's GDP growth averaged 2.2% over the past 8 years but is forecasted at only 0.2% growth for 2019 which will surely impact our members' financials. Risks to the global economy seem to be surfacing, from trade-wars and a no-deal Brexit to steel tariffs imposed on Argentina and Brazil by the Trump administration. Hence we need to ensure governments understand the difficult business environment for airlines and see the industry as a partner, not as a foe. I communicated these messages of the importance of air transport to the region during my recent meetings with the newly elected government in Argentina, Mexican authorities and the President-elect of Guatemala. We look forward to working with the new government in Argentina and will hold an Aviation Day in Buenos Aires in the first half of June to create a forum for constructive dialogue to continue to push aviation forward. As part of our on-going efforts in Argentina to facilitate air travel and as requested by our members, IATA reinstated US Dollars as an acceptable currency for BSP operations for tickets issued as of December 1 2019. In Mexico, I met with the Ministry of Transport who committed to work closely with the airlines and utilize IATA's global best practices to maximize the benefits of the proposed metropolitan airport system by ensuring it will be safe and efficient for airlines to operate in. And Guatemalan President-elect Giammattei committed to working with the industry and ensuring a fair taxation policy for aviation, providing fiscal certainty to our members. More details are available below.

In other industry news, I would like to take this opportunity to remind your teams that the FAA ADS-B OUT mandate will be effective as of January 1 2020 whereupon flight operations in the U.S. require that aircrafts be compliant with the rule. Airframe compliance can be checked at the FAA's dedicated website. If you require assistance with the mandate compliance or have any questions regarding ADS-B OUT, IATA's subject matter expert can be reached via email or via a dedicated IATA hotline at (001) 305-399-9435 to provide guidance to our members.

As usual, please find IATA's most recent key activities across the region below - please let me know if you have any questions. Lastly, I would like to wish you and your families happy holidays and all the best for 2020.

Argentina's Air Navigation Service Provider (ANSP) EANA launched the airspace redesign project for Terminal BAIRES, for which a bidding was awarded to an international consortium led by INDRA and composed of Italian company IDS, Tetra Tech of the United States and Germany's ANSP DFS. The 3 year redesign project aims to achieve a 63% capacity increase (from 49 to 80 aircraft movements per hour), 100% radar coverage, complex terminal methodology implementation, continuous training for Air Traffic Controllers, airspace sectorization, 40 new routes and more Performance Based Navigation (PBN) implementation. The project will be divided into 4 phases, lasting 8 months each: Collection of planning data, design, simulation and validation, and implementation. IATA and member airlines were invited by EANA and the consortium to participate actively in the project.

Brazil: Concerns on Planned Taxation on Aircraft and Engine Leasing

IATA expressed its concerns related to the Provisional Measure (MP) No. 907, published in the November 27 edition of Brazil's Federal Official Gazette, calling for the introduction of a progressive withholding income tax (IRRF) rate of 1.5% on aircraft and engine leasing as of January 1, 2020. Estimates show that this would add R$80 in costs to Brazilian registered airlines in 2020 alone. A further increase in the tax to 4.5% is proposed for 2022. This step also sharply contrasts the numerous recent measures taken by the Brazilian government aimed at creating a better operating environment for airlines in Brazil, while further aligning the country to global regulatory standards. IATA will continue to engage the government to reconsider the proposal.

In mid-2018, Cuba's Ministry of Health (MINSAP) enacted Resolution 90-2018, which imposed a per flight charge for International Health Control Services on long, medium and short haul flights in the amounts of CUC 100, 90 and 80 respectively. Lobbying efforts by IATA resulted in a delay of the implementation of the fee from 1 November 2018 to June 2019 without any retroactive penalties to airlines. Emphasizing the continued high costs this fee represents to airlines, IATA met with the Comercializadora de Servicios Médicos Cubanos (MSC) to further oppose the fee and discuss the ramifications of the resolution on the aviation industry and Cuba's tourism sector as a whole. As a result, we have gained a commitment from the authority to engage in discussions aimed at reducing the fee in the new year. IATA will work closely with the Cuban authorities in this regard while continuing to push for a complete elimination of the fee.

Following an industry petition, Colombia's National Authority of Environmental Licenses (ANLA) approved a resolution authorizing the Civil Aviation Authority (CAA) of Colombia to implement a pilot program to assess the feasibility of updating the current environmental noise license in place since 2015 at El Dorado (BOG) airport. The program will operate from 18 November 2019 to 11 April 2020 and allows for the expansion of flight operations for arrivals and departures of aircraft that meet ICAO stage 4 noise criteria operating between 22:00 and 5:59.

IATA has been actively pushing back on the proposed airport fee increase at San Jose's Juan Santamaría International Airport (SJO) in Costa Rica and the corresponding lack of definition on the future of the airport's concessionaire. The current airport operator's contract (AERIS) expires in 2026 and on June 18 of 2019, AERIS met with airlines to present their investment plan: Approximately USD$25M are planned to be invested this year and another USD$45M in the upcoming years. Given that depreciation needs to match the contract terms, the proposed charges increase is unusual and both airlines and the airport understand the expected negative implications and agreed to form a working group to discuss possible solutions to present to the government. Alternatives could be a contract extension, government grant or loan to finance CAPEX to be recovered over a longer period. IATA sent multiple letters and issued a press release to urge Costa Rica's Minister of Public Works and Transport to take action to come up with viable solution for airlines and all impacted stakeholders.

IATA together with AGLA and ALTA met with Alejandro Giammattei, President-Elect of Guatemala. who will assume office on January 14, 2020, to discuss the importance of aviation to the economic and social development of Guatemala and the challenges and opportunities the industry faces in the country, specifically regarding Guatemala's taxation rules for airlines. The President-elect expressed openness to develop a legal framework that provides fiscal certainty to airlines operating in Guatemala and stated his disposition to support the bill under discussion in Congress (Proyecto de Ley 5585) which is geared towards this objective. The financial implications of not providing fiscal certainty are estimated at over USD$150M per year for IATA's member airlines.

A bill was introduced to Panama's National Assembly establishing a $10 tax for connecting passengers in Tocumen International Airport. The bill pro-poses using the tax to pay incentives to airlines to establish new service to Panama. IATA has actively worked with other industry associations to defeat the bill due to its negative impact on the country's economy. The Congressman who introduced the bill has agreed to participate in a roundtable organized by the Ministry of Tourism to modify certain aspects of the bill to lessen the impact to the industry. A counterproposal includes incentives and discounts in airport charges.

Mexico's Government shared the highlights of the proposed Metropolitan Airport System in an industry meeting with airlines and IATA, including progress on the airspace redesign works made by the Mexican Air Navigation Service Provider and Navblue, a Santa Lucia Airport project overview, and planned enhancements to the airport infrastructure at MEX and TLC airports. The government created various technical committees in which IATA is participating in (airspace, cargo and passenger infrastructure) to provide its technical expertise and to address our members' interests and needs. IATA also met with the Undersecretary of Transportation and Head of the Civil Aviation Authority and agreed to continue working closely together and to utilize IATA's global best practices to maximize the benefits of the proposed project by ensuring any future system will be safe and efficient for airlines to operate in Mexico.

The U.S. Department of Transportation (DOT) recently issued a Notice of Proposed Rulemaking (NPRM) on potential modifications to U.S. and foreign airline obligations with respect to tarmac delays at U.S. airports. IATA plans to submit joint comments with Airlines for America (A4A) on this NPRM and we strongly encourage all IATA member airlines who fly to/from the U.S. to submit comments in support of the IATA/A4A joint submission and to raise any other concerns you may have about the NPRM. All comments should be submitted to the docket by 24 December 2019.